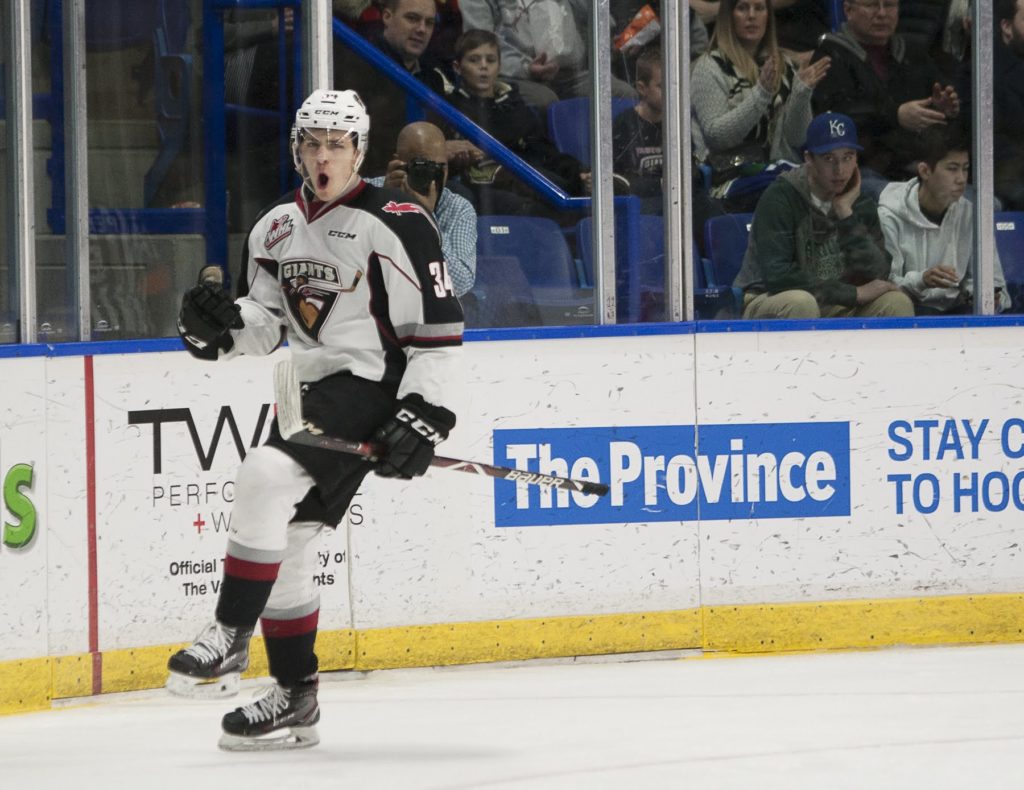 Tonight in Prince George, the Vancouver Giants look to secure their fifth victory of the season and their third in as many games when they take the ice against the Prince George Cougars. The G-Men are coming off a spirited 5-0 shutout victory Wednesday in Kelowna and are looking to remain unbeaten on the road against a Prince George team that is coming off a 5-2 loss last Saturday to Kelowna.

Ethan Browne: The talented 17-year-old is showing early glimpses of a breakout season. The 14th overall pick in the 2016 WHL Bantam Draft has two goals and two assists for four points to lead all Cougar forwards.

Ilijah Colina: The talented 2000-born forward from North Delta, B.C. has two goals on the season so far for Prince George and is looking to build off a strong ending to last season. Upon being traded to Prince George from Portland, Ilijah Colina compiled eight goals and eight assists for 16 points in 29 games.

Ryan Schoettler: The 19-year-old native of Lloydminster, AB leads all Cougar blueliners with two goals and two assists for four points. After suiting up in all 72 games for Prince George a season ago, Schoettler will continue to see big minutes in all key situations for the Prince George Cougars. In eight games last season against the Giants he had a goal and two assists.

Joel Lakusta: The talented 20-year-old has registered three assists through four games up to this point in the season. The Sherwood Park, AB native is coming off his best statistical season in the WHL where he scored nine goals while adding 33 assists for 42 points. He attended training camp with the St. Louis Blus.

Josh Maser: 19-year-old Josh Maser had 28 goals and 21 assists for 49 points a season ago. Five of those goals came against the Vancouver Giants, and four came in one game back on January 10th. Maser has one goal in five games to start the season, but you have to figure he’s due for a breakout weekend sooner than later.

James Malm: The 19-year-old has goals in three consecutive games including a hat-trick Wednesday in Kelowna. For the season, Malm has seven goals and one assist. His seven goals have him ranked first in the entire WHL in that category. Malm had four goals and three assists for seven points in eight games against the Cougars last season.

Davis Koch: The 20-year-old had a goal and an assist Wednesday in Kelowna and is currently ranked second on the team in scoring with a goal and three assists overall. Koch has looked right at home alongside Jared Dmytriw and Yannik Valenti and tonight those three once again will look to make a positive impact.

Dylan Plouffe: Dylan Plouffe is off to a great start in 2018-19. He’s registered four assists and a team-leading +7 rating. Last season Plouffe recorded seven assists through eight games against the Prince George Cougars. He’ll play big minutes in all situations yet again this weekend.

Bowen Byram: Byram had two goals and an assist last season against the Prince George Cougars, including the 2017 Teddy Bear goal for the Giants. So far through five games, Byram has notched a goal and an assist.

Brayden Watts: The California native has goals in each of his past two games, and currently sits tied for second in team scoring with four points. Watts had a goal and four assists against the Cougars last season.

Tonight the Giants take their road show to Prince George to battle the @PGCougars at 7 PM tonight.

Hear all the action on @Sportsnet650. pic.twitter.com/YmiqskSNwh