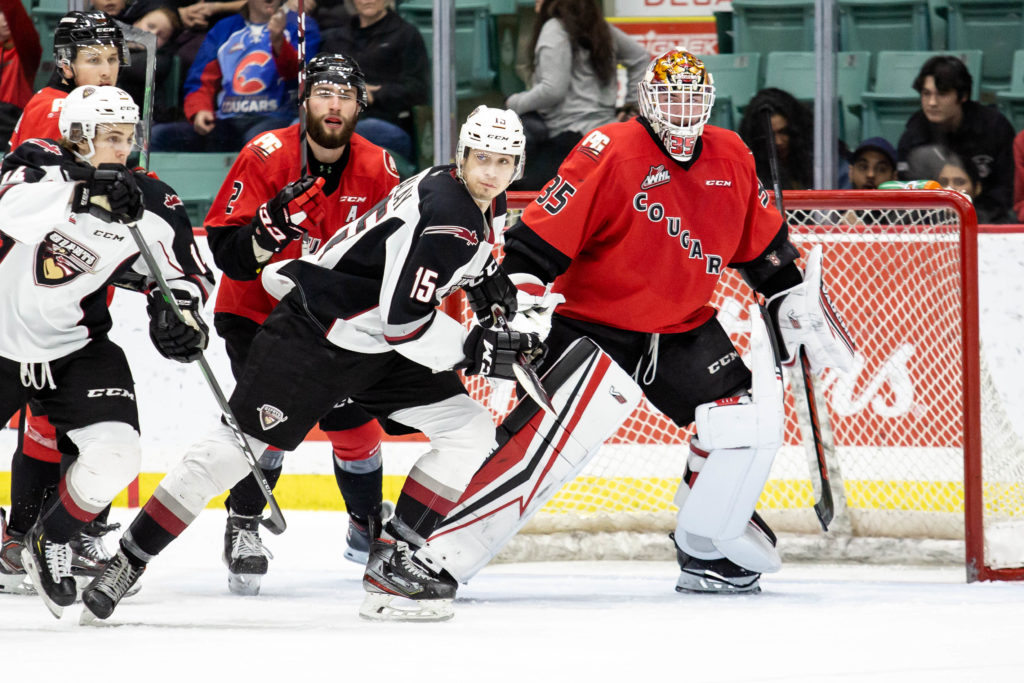 Tonight up North, the Vancouver Giants wrap up a stretch of five straight games on the road when they clash with the Prince George Cougars at 7:00 PM. Last night the Giants fell 5-4 to the Cougars, and have now dropped three straight games for the first time since early January. A victory tonight though for the Giants would ensure that they remain in second place in the B.C. Division standings.

1999-born forward Josh Maser led the way for Prince George last night with three goals. The Cougar captain now has 28 goals on the season along with 18 assists for 46 points. Maser leads all Cougars with eight points in seven games against Vancouver this season. Friday’s three-goal effort marked the third career hat-trick for Maser – Two of which have come against Vancouver. In 26 career games against the Giants, Maser has 12 goals and six assists for 18 points.

Some key notes regarding last night’s victory for Prince George against Vancouver:

Coming into action tonight, the Vancouver Giants and Victoria Royals are tied for second in the B.C. Division standings with 69 points each. If the playoffs were to start today the Giants would face the Royals and would have home-ice advantage due to the fact that they have one more victory than the Royals do. Both teams trail Kamloops by 13 points for the B.C. Division lead, and both teans hold a seven-point lead on the (suddenly surging) Kelowna Rockets for a top-three spot in the division.

Some key notes regarding last night’s outing for Vancouver: