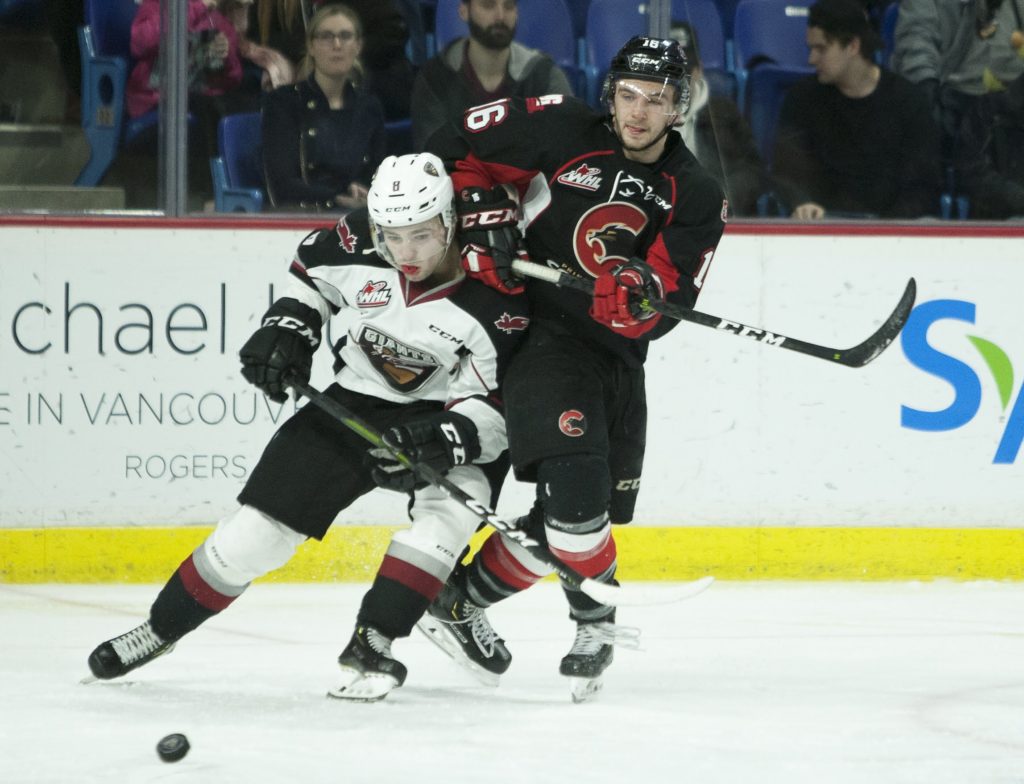 Tonight in Prince George B.C., the Vancouver Giants begin their defense of their 2019 B.C. Division and Western Conference championship banners. Michael Dyck’s crew has been hard at work getting themselves ready for the grind of another WHL season. Meanwhile the Prince George Cougars are looking to return to the WHL Playoffs in 2019-20 and will be no easy foe for the Giants this weekend. To learn more about tonight’s matchup, read more below.

On July 4th Cougars GM Mark Lamb also became the team’s 13th head coach. The former Stanley Cup champion had served as interim coach for the Cougars from early February onwards last season. After a 15-year playing career at the professional level, Lamb began his coaching career as an Assistant Coach with the Edmonton Oilers in 2001-2002. He then moved onto the Dallas Stars, and spent six seasons (2002-2009) behind the bench as an Assistant Coach. He was named the General Manager and Head Coach of the Swift Current Broncos in 2009, a position he held until 2016. Lamb then moved back into the professional ranks in 2016-2017, as a Head Coach of the Tucson Roadrunners, the American Hockey League affiliate of the Arizona Coyotes.

KEEP AN EYE ON MASER:

In 19 career games against the Vancouver Giants, Josh Maser leads all active Cougars with seven goals. Four of those goals came in one game against the Giants back in January, 2018. He led the Cougars with 30 goals in 2018-19.

HERE WE GO AGAIN –  The Vancouver Giants kick off their 19th season in the Western Hockey League tonight when they do battle with the Prince George Cougars. Over the course of their first 18 seasons, the Vancouver have accumulated one WHL Championship (2006), one Memorial Cup Championship (2007) and have captured six B.C. Division championship banners. The Giants captured the 2019 Western Conference Championship by compiling a record of 48-15-3-2.

The Giants are 3-1-0-1 lifetime when starting their season on the road. Tonight marks the first time in 19 seasons that the Vancouver Giants have started their season against the Prince George Cougars. Tonight in Prince George, defenceman Jacob Gendron (Prince George, BC) makes his WHL debut. The former Cariboo Cougar (BCMML) scored twice for the Giants in six pre-season games.