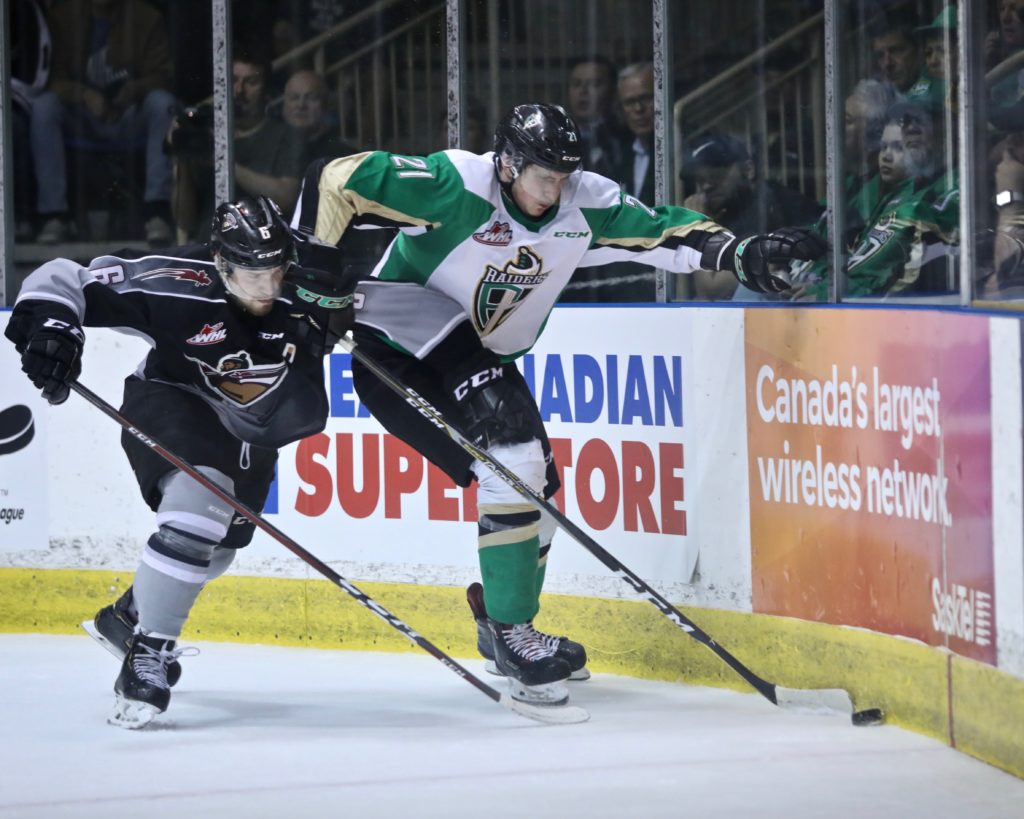 Tonight at the Art Hauser Centre in Prince Albert, SK the Vancouver Giants return to the site of one the largest franchise defining moments in recent memory. On May 13th, 2019 the Giants dropped a heartbreaking Game 7 to the Prince Albert Raiders in overtime of the 2019 Rogers WHL Championship series. Though there are some familiar faces still involved in tonight’s game, it will be impossible to replicate the drama and intensity from that night tonight. But one thing is for certain – these two teams will forever share history together. When all is said and done all that truly matters tonight is the two points that are up for grabs as the Giants look to become the first team this season to defeat the Prince Albert Raiders in regulation.

Last Game: A 6-0 victory over Regina on Saturday, October 5th.

Brayden Watts will face his former team for the first time ever tonight. So far Watts’ tenure in Prince Albert has been a successful one. He brings a four-game point streak into tonight’s game and has three goals and four assists for seven points in that span. Watts played in 157 career regular season games for the Vancouver Giants.

SHIPPING OFF TO BOSTON:

Langley native Boston Bilous has played ever second of hockey so far for Prince Albert between the pipes. He’s put forth a 4-0-2-0 record with a 1.45 goals-against-average and a .926 save percentage. He, David Tendeck and Bailey Brkin are tied for the league lead in shutouts with two each. The only time Bilous has ever faced the Giants was in 2017-18 as a member of the Oil Kings. He was pulled after surrendering three goals in a span of 13 minutes.

2001-born forward Aliaksi Protas is tied for the team lead in scoring with eight points. The Washington Capitals prospect is coming off a strong first season in the WHL where he scored 11 goals and added 29 assists for 40 points. He was especially dangerous in the playoffs where he notched 12 goals and 10 assists for 22 points in 23 games. He had one goal and six assists for seven points in seven games against Vancouver in the playoffs.

Last Game: A 4-0 victory over Winnipeg on Saturday, October 5th.

Giants goaltender David Tendeck is one heck of a roll. The Arizona Coyotes prospect brings a 3-0 record into tonight’s game with a 0.33 goals-against-average and a .987 save percentage. His two shutouts are tied for the WHL lead. Tendeck has stopped 76 of his first 77 shots that he has faced this season.

Giants forward Justin Lies scored his first ever WHL goal on Saturday night in Winnipeg with 60 friends and family watching from the stands. Lies will once again have a large group of family in the stands tonight as Flin Flon, MB is only four hours and change away from Prince Albert.