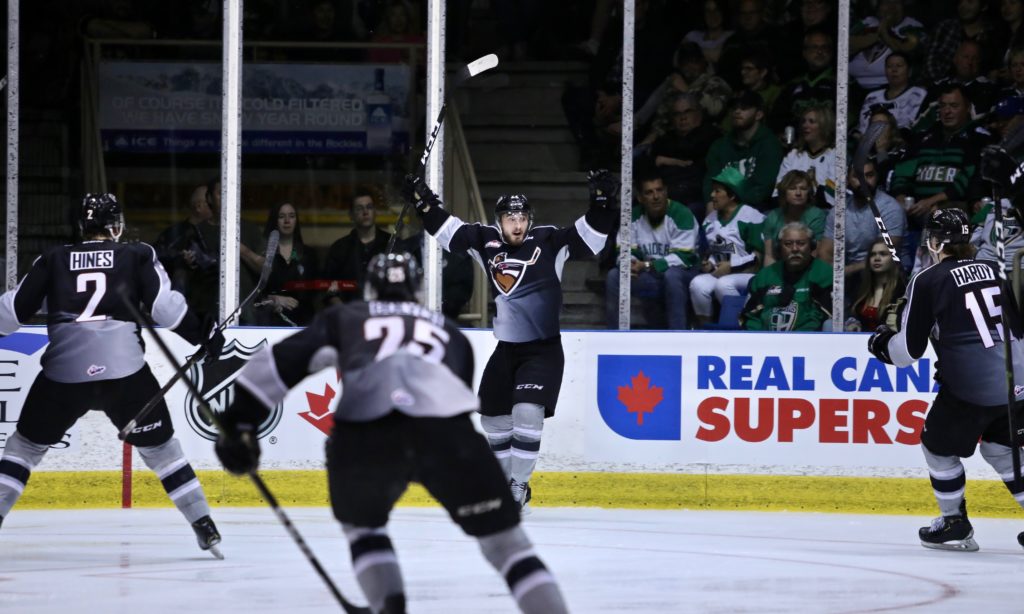 For the Vancouver Giants, there truly is no tomorrow. After clawing their way back from a 3-1 series deficit to the Prince Albert Raiders, tonight they’ll take the ice at the Art Hauser Centre in Prince Albert, SK for Game 7 of the 2019 Rogers WHL Championship Series. Only 12 previous times has the WHL championship series needed a Game 7. It’s safe to say that the entire junior hockey world will be watching tonight as the Giants take aim at their second Ed Chynoweth Cup.

A BIG GAME FROM KELLY:

The offensive catalyst for the Prince Albert Raiders last night in Game 6 was 1999-born forward Parker Kelly. The Ottawa Senators prospect supplied the Raiders with both of their goals in the first period, and was consistently one of the top Raider forwards throughout the game. In six games against the Giants Kelly has now struck for four goals and four assists for eight points. Only Brett Leason’s nine points rank higher.

For the first time in a span of nine games, Brett Leason did not register a point for the Prince Albert Raiders. Over his past nine games, Leason has still managed seven goals and six assists for 13 points. Coming into Game 7 he leads the Raiders in playoff scoring with 25 points and he’s tied with Bowen Byram for the lead in league scoring during the playoffs. Leason’s five goals and four assists for nine points rank him tops among all skaters (on either team) so far in this series.

With a goal and an assist last night, Giants captain jared Dmytriw made darn sure that his final WHL-sanctioned game was going to be Game 7 tonight. The Craven, SK product now has 9 goals and 11 assists for 20 points in the playoffs, ranking him on the team in playoff scoring. His seven points through six games of this series match him with Bowen Byram for the team lead. He also went five-for-nine in the faceoff dot yesterday.

David Tendeck was brilliant once again for the Giants last night, turning aside 36 of the 38 shots fired his way by the Raiders. For the playoffs, Tendeck has now improved his overall record to 11-3-1 with a a 2.39 goals-against-average and a .917 save percentage. For the series he is 3-2 with a 2.84 goals-against-average and a .911 save percentage. Over his past three starts, he’s stopped 98 of the 104 shots he’s faced.