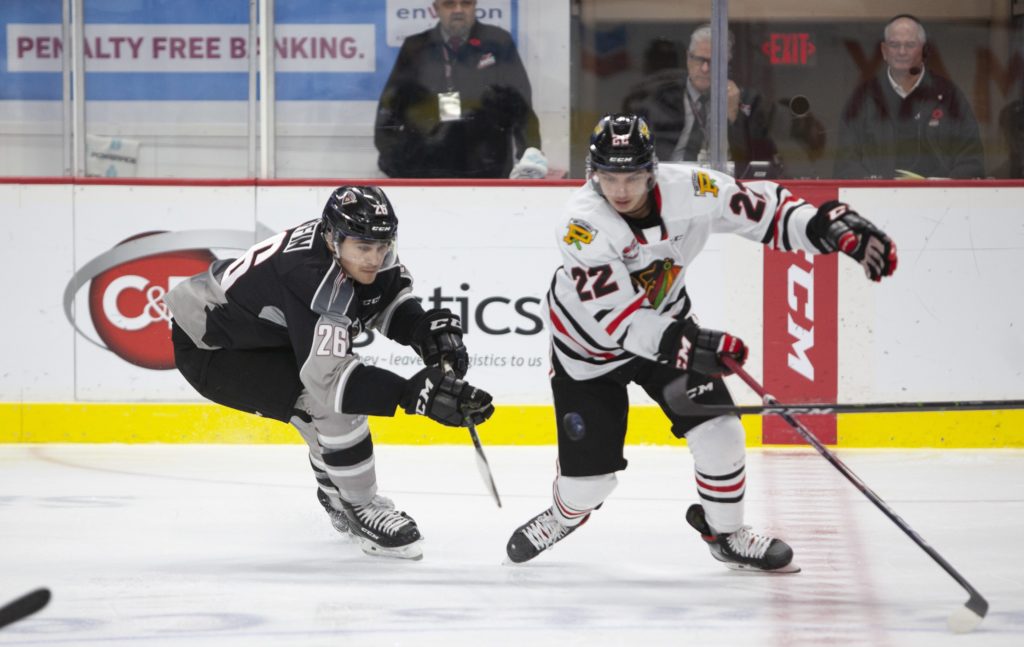 Tonight in Portland the Vancouver Giants will take aim at their 12th victory of the season when they battle the Portland Winterhawks for the fourth and final time this season. The Giants and Winterhawks have already met twice in November, and the Giants earned three of four available points during a home and home series that took place on November 8th and 9th. Overall the Giants are 1-1-0-1 against Portland through three meetings.

Last Game: A 4-1 victory at home on Sunday against the Winnipeg ICE

New York Islanders prospect Reece Newkirk leads all Portland skaters with 25 points through 20 games. In three meetings against the Giants, Newkirk has a goal and an assist for two points. Last weekend Newkirk registered one goal and five assists for six points in a three-game span. Newkirk has posted at least one point in 15 of his first 20 games this season. The New York Islanders selected Newkirk in the fifth round (147th overall).

You’ll find Portland Winterhawks goaltender Joel Hofer at the top of most relevant goaltending categories. Coming into tonight, Hofer is tied for the league lead in wins (12) and ranks second in goals-against average (1.96) and is tied for second in save percentage .932. In three meetings against the Giants this season, Hofer has a 1.97 goals-against average and a .942 save percentage. In his last seven appearances, Hofer has surrendered only 11 goals against.

In his lone appearance last week, David Tendeck turned aside all 38 shots he faced on Saturday, November 16th as the Giants defeated the Prince George Cougars 4-0. Tendeck improved his season record to 6-4 with a 2.04 goals-against average and a .926 save percentage. It was Tendeck’s third shutout in a span of 11 appearances. He currently ranks in the top five in both goals-against average and save percentage. He and Everett’s Dustin Wolf share the league lead for shutouts. Should Tendeck get the start tonight it would mark his first appearance of the season against Portland.

No active Vancouver Giant has recorded more career points than 20-year-old defenceman Dylan Plouffe. The product of Sherwood Park, AB has suited up in 266 career WHL regular season games with the G-Men and has compiled 28 goals and 91 assists for 119 points. Plouffe has recorded four goals and five assists for nine points in his past 10 games.