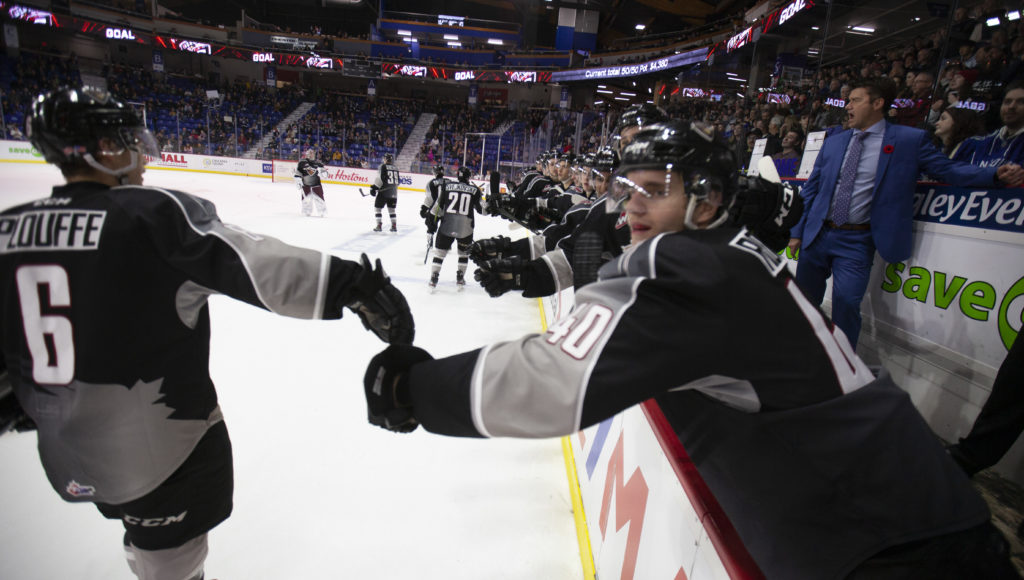 Tonight at the MODA Center in Portland, the Vancouver Giants look to snag their fourth victory in a row and their second win against Portland in as many days. Last night at the LEC the Giants were full marks in a 3-1 victory against the Winterhawks, and tonight on the road they’ll look to follow up with a similar performance. The Winterhawks though are 5-1 at home, and will no doubt be snarly heading into tonight’s rematch.

The lone Portland goal last night came courtesy of New York Islanders prospect Reece Newkirk late in the third period. That gave Newkirk his fifth of the season, and moved his point totals in 2019-20 to 19. The New York Islanders drafted Newkirk in the fifth round of the 2019 NHL Draft, and so far he’s rewarding their faith with a strong third season in the WHL. Last season Newkirk had 23 goals and 36 assists for 59 points.

After surrendering three goals against in the first period of last night’s game, Portland netminder Joel Hofer settled down to stop the final 17 shots he faced. Hofer is now 1-1 on the season against the Giants and still has a 2.55 goals-against-average and a .932 save percentage. Hofer comes into tonight’s game with the second most wins in the WHL (10), the league’s best goals-against average (1.97) and the second best save percentage (.932).

Giants forward Lukas Svejkovsky has scored at goal in each of his past three games, and now for the season has notched five goals and five assists for 10 points. The 2020 NHL Draft prospect is also a +8 and despite his high level of skill, has recorded all 10 of his points at even strength.

Giants goaltender Trent Miner has found his groove and it’s come at an ideal time for the Vancouver Giants. He is now 4-0-1-0 in his last five appearances, and has surrendered three goals or less in each of his past seven appearances. For the season Miner is 5-4 with a 2.68 goals-against-average and a .906 save percentage. Does he get another start tonight? Or will it be David Tendeck’s turn to try and lead the charge between the pipes for Vancouver?