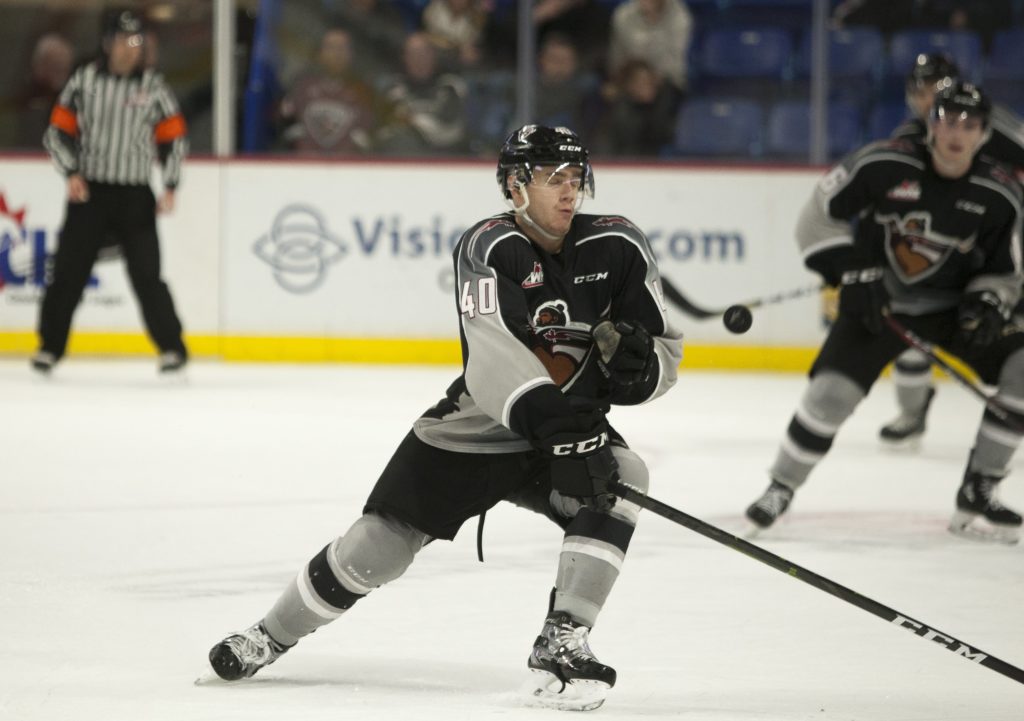 Tonight in Lethbridge, AB the Vancouver Giants will take the ice for their fifth game of their six-game jaunt through the Central Division. Michael Dyck’s crew have dropped three straight games and will look to get back into the win column tonight against the high-flying Lethbridge Hurricanes. The Giants will have some new faces in the lineup tonight in the form of defenceman Seth Bafaro and forward Jadon Joseph and they’ll get another huge boost up front with the return of Calgary Flames prospect Milos Roman.

Back in late November, the Lethbridge Hurricanes sent shockwaves through the WHL when they acquired star forwards Nick Henry and Jake Leschyshyn in a blockbuster trade with the Regina Pats. Since joining the Hurricanes, both players have been terrific. Henry has three goals and 16 assists for 19 points in 13 games while Leschyshyn has contributed nine goals and 10 assists for 19 points. Back in mid-November, Henry and Leschyshyn combined for four goals and three assists against the Giants while still with the Regina Pats. Henry currently sits fifth in league scoring with his 59 points.

ANOTHER LOOK AT HUGHES:

1999-born goaltender Liam Hughes is no stranger to the Vancouver Giants. The former Seattle Thunderbird has already seen the G-Men three times this season, and was 2-1 against them with a .948 save percentage and a 2.03 goals-against-average. In two wins for the T-Birds against the Giants at the Langley Events Centre, Hughes was the first star.

KEEP YOUR EYE ON COZENS:

The first WHL forward selected in the 2019 NHL draft could very well be Dylan Cozens. The 2001-born product of Whitehorse, YT has goals in three straight games and six goals over his past six games. The reigning WHL Rookie of the Year comes into the weekend with 22 goals and 29 assists for 51 points which ranks him third on the team in scoring. He leads all draft eligible skaters in the WHL in scoring.

Tonight in Lethbridge the Giants will get a big boost with the return of Calgary Flames prospect Milos Roman. Roman is fresh off a strong performance with Slovakia at the World Juniors. Roman snagged three goals and an assist in five games for the Slovaks. He leads the Giants with 16 goals and will provide a big boost for the Giants in all areas of their game.

Tonight there will be up to three new faces in the Giants lineup when they take the ice against the Hurricanes. Up front, the Giants hope to have Jadon Joseph in the lineup as he could very well end up facing his former team for the first time since a November trade sent him from Lethbridge to Regina. On the back-end the Giants could have 20-year-old Dallas Hines and 18-year-old Seth Bafaro suit up for the first time. Both players were acquired in recent trades earlier this week.

A HOMECOMING FOR MICHAEL DYCK: