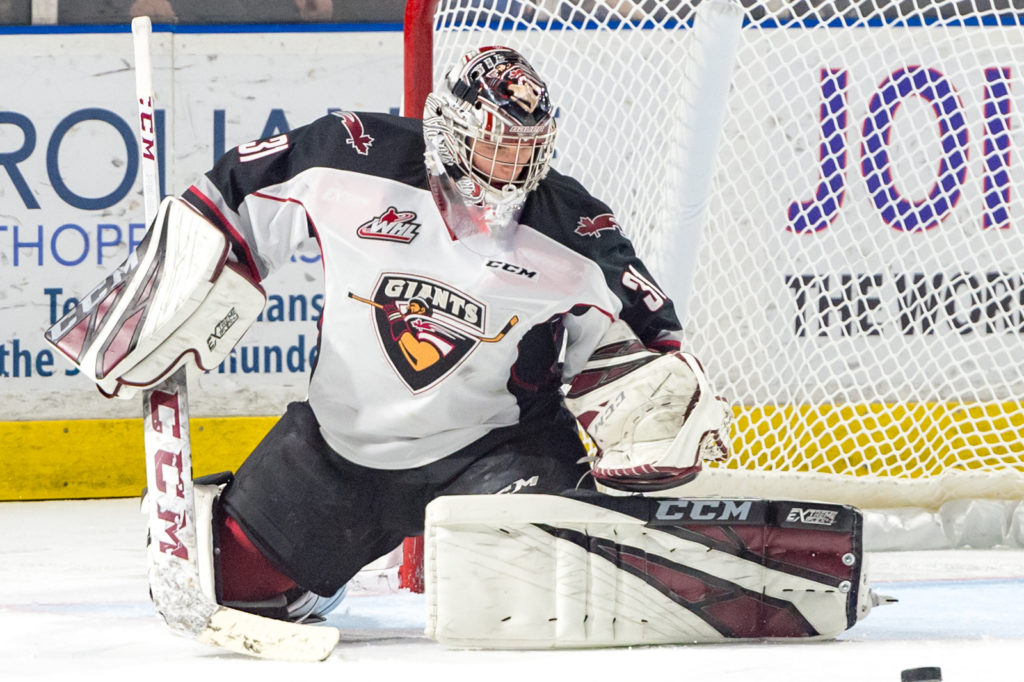 This afternoon in Cranbrook, the Vancouver Giants wrap up their six-game, 12-day road trip through the Central Division with their first and only meeting of the 2018-19 regular season against the Kootenay Ice. The Giants come into today’s contest looking to snap a season-long four-game losing streak, and they’ll be doing so against a struggling Kootenay Ice squad that has won just once in their last 10 games. The Giants are playing their fourth game in six days while the Kootenay Ice are playing their third in a span of three nights.

Last Game: An 8-4 loss at home last night to the Spokane Chiefs

The Kootenay Ice are led by 2001-born forward Payton Krebs. The first overall pick in the 2016 WHL Bantam Draft comes into today’s game with 14 goals and 33 assists for 47 points which leads the Ice. Krebs has a goal and seven assists over the course of his current four-game point streak and over the course of this season Krebs has recorded 13 multi-point games! Krebs was a teammate of Bowen Byram’s at the 2018 Hlinka Gretzky Cup where Canada captured gold. He’s one of the top WHL forward prospects for the 2019 NHL Draft and will likely be selected in the first round.

The Giants will also have their hands full with 20-year-old forward Jaeger White who also brings a four-game point streak into today’s game. Over his past four games, White has notched three goals and six assists for nine points. Through 41 games, White has already matched his previous season high in the WHL with 34 points. The product of Medicine Hat, AB was originally selected by the Lethbridge Hurricanes in Round 5 of the 2013 WHL Bantam Draft.

AN EMOTIONAL GAME FOR McNABB:

The WHL schedule can be a funny thing. Two days after being dealt to the Ice from the Giants in a trade for Dallas Hines, McNabb will face his former mates for the first time. So far in two games with Kootenay, McNabb has recorded one assist and should be poised for some more ice time with his new team.

Last Game: A 4-3 loss in Lethbridge against the Hurricanes on Friday night.

Today in Cranbrook Bowen Byram will play in his first career WHL game in front of friends and family in his hometown of Cranbrook. Coming into today’s game, Byram is tied for the WHL lead in goals for defencemen with 10 and his 32 points rank him eighth in overall scoring among defencemen. It’s safe to say that there will be a large Bowen Byram cheering section at today’s game.

A HOMECOMING FOR HINES:

After suiting up in 221 career games with the Kootenay Ice, 20-year-old defenceman Dallas Hines will play against the only other WHL team he’s ever known today for the first time. Hines was acquired in a trade two days ago from the Kootenay Ice in exchange for Cyle McNabb, and you can imagine that he’ll be especially charged up to return to Cranbrook today and play a good game. Hines has four goals and 12 assists for 16 points this season. He made his Giants debut Friday night in Lethbridge.

16-year-old rookie Justin Sourdif has scored a goal in each of his past two games and now has nine goals which has him tied for fourth among rookies in goal scoring. For the season, Sourdif has nine goals and seven assists for 16 points and is a +6 which ranks him second on the team in plus-minus. Can the Giants third overall pick in the 2017 WHL Bantam Draft make it three straight games with a goal?