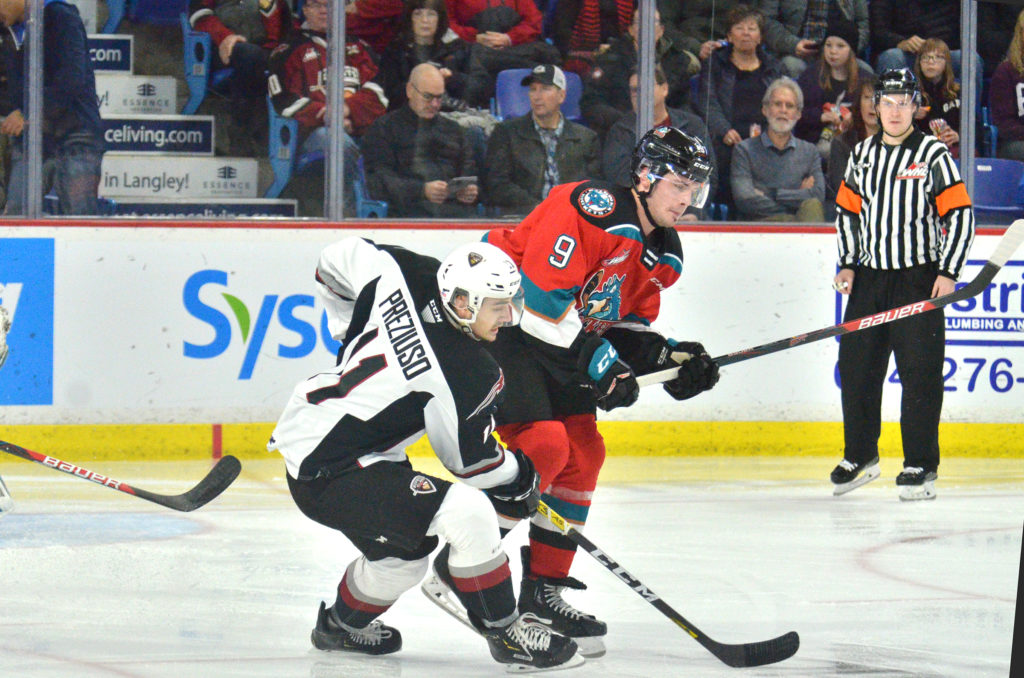 Tonight in Kelowna, the Vancouver Giants battle the Kelowna Rockets in the back-half of a home-and-home weekend. Last night the Rockets earned a dramatic 3-2 overtime victory over the Giants at the LEC thanks to a power play goal at 1:58 of overtime. The Giants will look to turn the tide tonight in the rematch as they look to snap a three-game winless streak.

For a second straight night, the Kelowna Rockets have erased a third period deficit en route to an overtime victory. Jonas Peterek tied the game with nine minutes remaining in the third, then Kaedan Korczak ended the game at 1:58 of overtime on a power play. For Korczak it was his second OT winner of the season. The victory gives the Rockets a six-point lead on the Giants for third in the B.C. Division.

THE ROCKETS FINE WITH EXTRA TIME:

The Kelowna Rockets lead the WHL with six overtime victories this season. Heading into tonight’s game the Rockets and Portland Winterhawks have played the most overtime games out of any Western Conference teams. Overtime wins have been crucial for the Rockets as they’ve only managed one regulation victory over the course of their past 20 games. Both Kelowna victories this season against the Giants have required either overtime or a shootout.

Since the January 10th trade deadline the Vancouver Giants power play has gone 8/21 (38.0 percent). In that six-game span the Giants have had three games where they’ve had two-or-more power play goals. Last night the power play helped sway momentum in the Giants favour in the second period as Milos Roman and Tyler Preziuso scored two minutes and 21 seconds apart on the man advantage to move the Giants ahead in the game 2-1.

A SHORTAGE OF FORWARDS?:

The status of both Tristen Nielsen and Zack Ostapchuk for tonight’s rematch is uncertain. Ostapchuk left the game last night with a lower body injury late in the first period and did not return. Tristen Nielsen was then kicked out of the game with under two minutes remaining thanks to a five-minute major for interference. All eyes will be on the WHL’s discipline page to see if any further discipline is handed out.