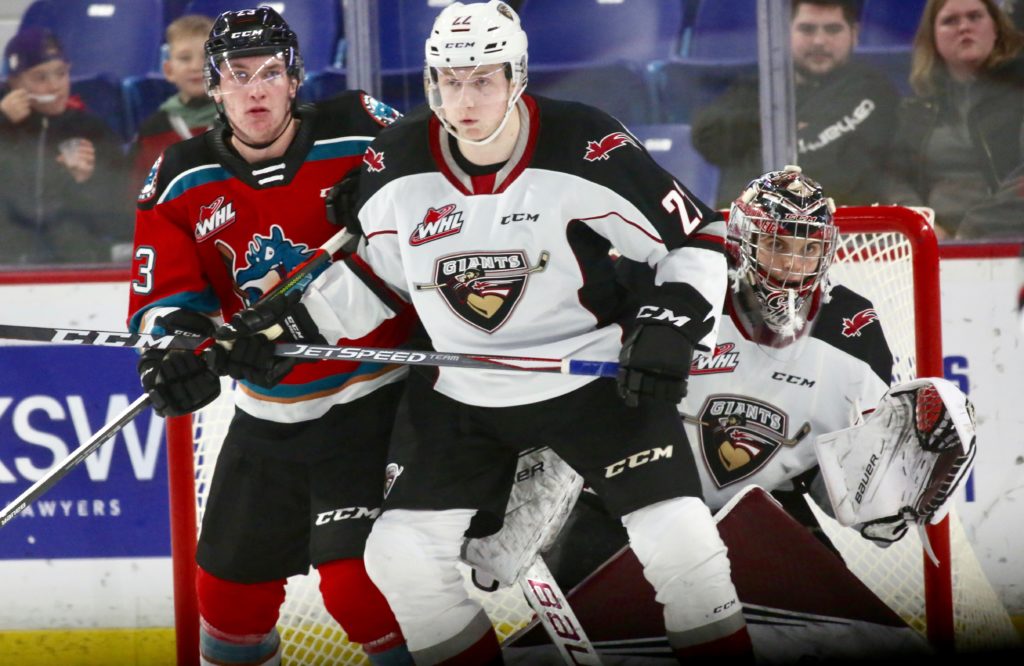 Tonight in Kelowna, the Vancouver Giants wrap up a stretch of seven straight games against the B.C. Division when they face the Kelowna Rockets at Prospera Place. The Giants are 3-2-1-0 during their current stretch and are coming off a 2-1 overtime loss last night against the Kamloops Blazers. A regulation victory for the Giants tonight would move them to within two points of Kelowna for a top-3 spot in the B.C. Division. The Giants are 3-0 against Kelowna so far and are 1-0 against them on the road.

Last Game: A 2-1 loss at home to Victoria last night.

The Kelowna Rockets enter tonight’s game with an 0-3 record on the season against the Vancouver Giants. The season series breaks down like this:

On December 21st, Rockets defenceman Kaedon Korczak signed an entry-level contract with the Las Vegas Golden Knights. Korczak was selected by the Knights 41st overall in the 2019 NHL Draft, and so far has put together a superb 18-year-old season in the WHL. The product of Yorkton, B.C. has already set a new season high with seven goals, and he’s only four points shy of setting a new single season high for points (31). Korczak has scored in each of the past two games for Kelowna.

Last Game: A 2-1 loss in overtime last night in Kamloops

Last night in Kamloops the Vancouver Giants used some late game heroics from Tristen Nielsen and a rock-solid performance from David Tendeck to secure a single point against Kamloops. With time winding down in the third period, and the Giants net empty, Tristen Nielsen scored with 26.4 seconds to go, tying the game at 1-1. David Tendeck did his part making 42 saves in regulation and then another three in overtime, keeping his team within striking distance all game long.