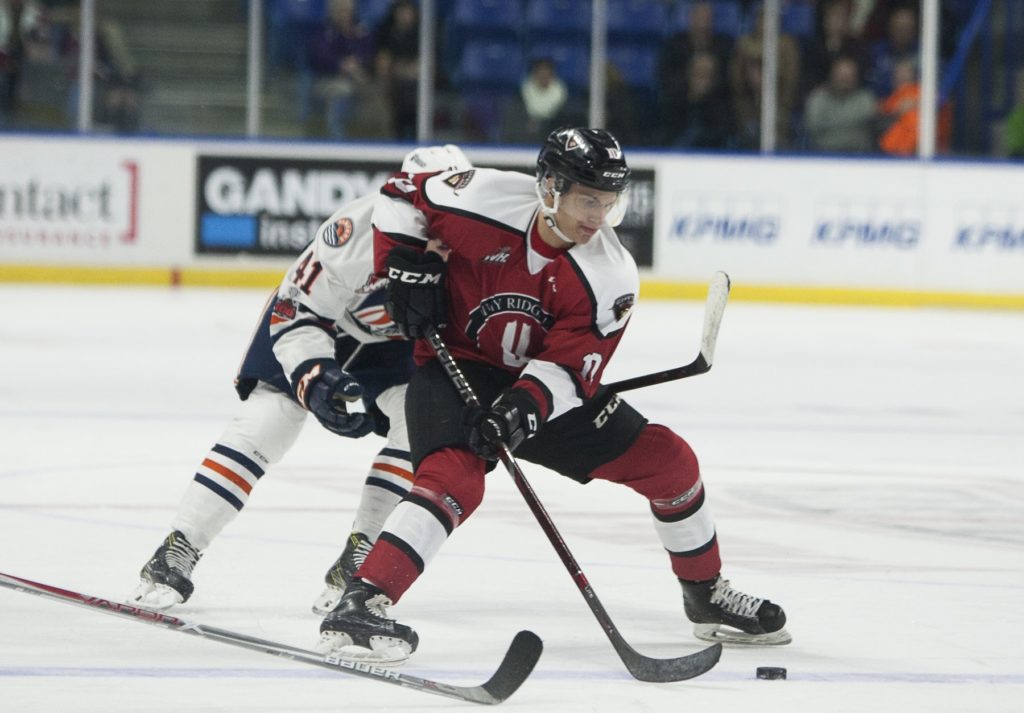 Tonight in Kamloops the Vancouver Giants look to continue their winning ways when they square off with the Kamloops Blazers for the fourth time in a span of 22 games. The Giants have won three straight heading into the weekend and come into tonight three points back of second place in the B.C. Division. At the other side the Kamloops Blazers are six points back of a playoff spot and are looking to avenge a Wednesdsay night home loss at the hands of the Prince George Cougars. The crowd in Kamloops should be charged up as the Blazers will likely have their number one goaltender back from the NHL for tonight’s game.

Last Game: A 5-4 loss Wednesday at home to Prince George.

Garrett Pilon: The 19-year-old leads all Blazers in scoring with eight goals and 16 assists for 24 points. In three games against the G-Men this season, Pilon has four goals and two assists for six points to lead all Blazers.

Jermaine Loewen: The rugged 19-year-old forward has nine goals and five assists for 14 points in 14 games this season. Four of those nine goals have come against the Giants. He was the Player of the Week for the week ending November 5th. He’s scored goals in five straight games and has seven of his nine goals in that span.

Joe Gatenby: The 20-year-old leads all Blazers defencemen in scoring with six goals and 11 assists for 17 points. He’s recorded at least a point in 10 of his past 11 games.

Ondrej Vala: The 19-year-old prospect of the Dallas Stars has four goals and eight assists for 12 points this season. He’ll chew up big minutes in all situations for Kamloops and will see a bulk of the work against the Giants top scorers.

Dylan Ferguson?: The 19-year-old has lived quite the adventure in recent weeks. Due to a handful of injuries to Vegas goaltenders, Ferguson has spend the past two weeks-or-so in the NHL serving as the Golden Knights backup. Word is that he’ll be back in Kamloops in time for tonight’s game and will get the start. He’s 4-9 for the season with a 4.05 goals-against-average and an .878 save percentage.

The Boost From Ferguson: The return of Ferguson is bound to provide a major boost of energy and confidence to the Blazers as they get set to take the ice at home. The Giants will need to test Ferguson early and often as they try to create further separation between themselves and the Blazers.

Last Game: A 4-2 victory Wednesday at home over Red Deer.

James Malm: The shifty forward has goals in three straight games and has posted six goals and two assists for eight points in that span. For the season he’s now at 10 goals and 13 assists for 23 points – Third most on the team.

Ty Ronning: Another game and another goal for Ty Ronning who has now scored in eight straight games heading into the weekend. Ronning’s 20 goals puts him tied for second with Medicine Hat’s Mark Rassell and behind only Swift Current’s Tyler Steenbergen. Ronning has five goals and two assists for seven points in three games against Kamloops.

Bowen Byram: The 16-year-old returned to the Giants lineup Wednesday and finished with an assist and +2 rating in the 4-2 victory. His 10 points puts him first in the WHL among rookie defencemen in scoring and the Giants defense-corps just seems to play with more confidence when he’s in the lineup.

Matt Barberis: Barberis has recorded points in seven of his last eight games and is currently tied with Dylan Plouffe for the team lead in scoring amongst defencemen with 15 points.

Todd Scott: The 17-year-old rookie looks to get the nod tonight for the Giants. The last time he faced the Blazers he made 43 saves to earn first star honors back on November 4th – A 5-4 victory for Vancouver in Kamloops. For the season he’s 4-4-2-1.

Tyler Benson: The Giants captain has six assists over his past two games and has now posted four goals and eight assists for 12 points in eight games this season. The last time he faced the Blazers he had a goal and two assists for three points.