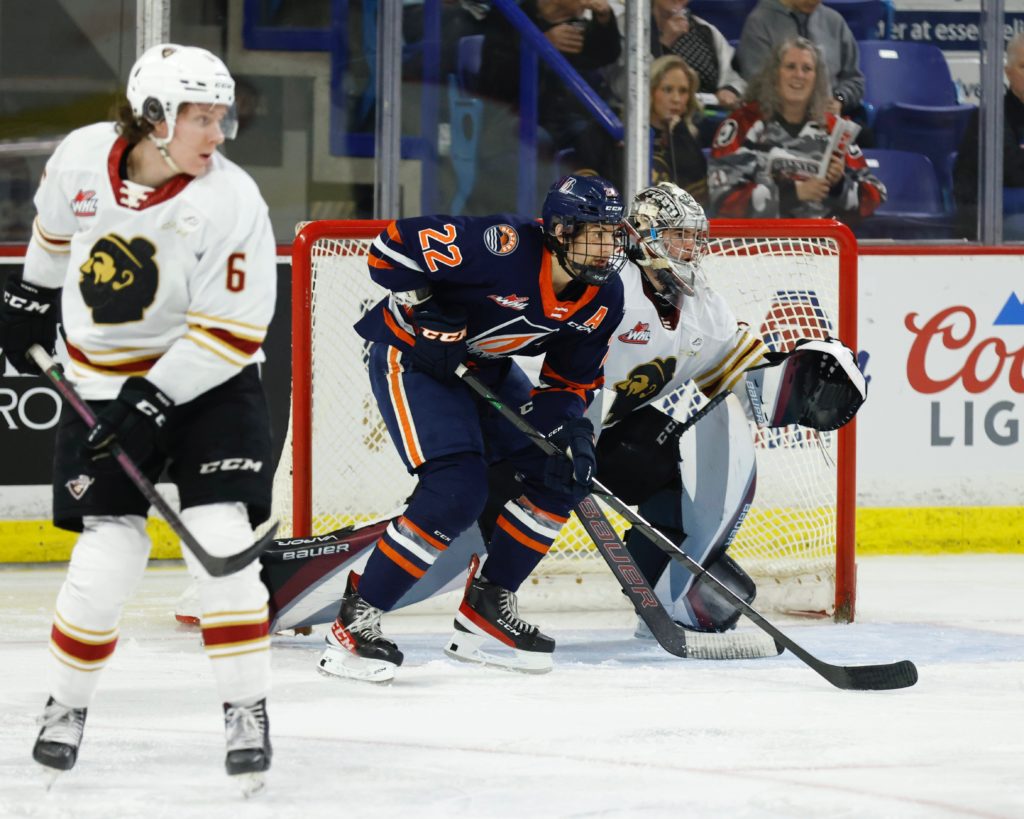 It’s do or die tonight for the Vancouver Giants. Thanks to a 4-2 road victory last night at the LEC, the Kamloops Blazers now have a 3-1 series lead on the Giants in their second round playoff matchup. A win for the G-Men tonight would extend the series and send it back to Langley on Sunday. A loss means that Kamloops will advance to Round 3. Puck drop is tonight at 7:00PM.

Last game: A 4-2 win against the Giants in Langley last night.

STANKOVEN DELIVERS IN THE CLUTCH

With nine goals and nine assists in eight playoff games, Logan Stankoven leads the Blazers in playoff scoring. Stankoven has recorded two-or-more points in six of those eight games. The Dallas Stars prospect and Kamloops native scored the game-winning goal and added an empty netter last night to give the Blazers a 4-2 victory and subsequently a chance to clinch the series tonight at home. Stankoven’s two-goal effort prevented him from being held off the scoresheet in back-to-back games for the first time in nearly three months. He finished third in league scoring during the regular season with 104 points in 59 games.

Last game: A 4-2 loss in Langley against Kamloops last night at home.

For the first time in a span of 11 playoff games so far this season, the Vancouver Giants are facing elimination. In order to keep their season alive tonight the Giants will have to do something that they only managed to do once during the regular season – And that’s win in Kamloops. Back on February 19th the Giants erased a third period deficit on their way to a 4-3 overtime victory over the Blazers. Fabian Lysell had the OT winner on a breakaway and Jesper Vikman made 49 saves which was his regular season high.

Coming into tonight’s game, Zach Ostapchuk and Fabian Lysell share the playoff scoring lead with 19 points each through 10 games. Fabian Lysell also leads the WHL with 15 assists and seven power play assists. Zack Ostapchuk has five goals and trails Lysell by just one assist for the league lead. Both players have been significant sparks for the Giants offence during the playoffs, and no doubt will need to be a factor tonight if the Giants want to extend their season. So far in the series Lysell (4A) and Zack Ostapchuk (2G, 1A) have combined for seven points.