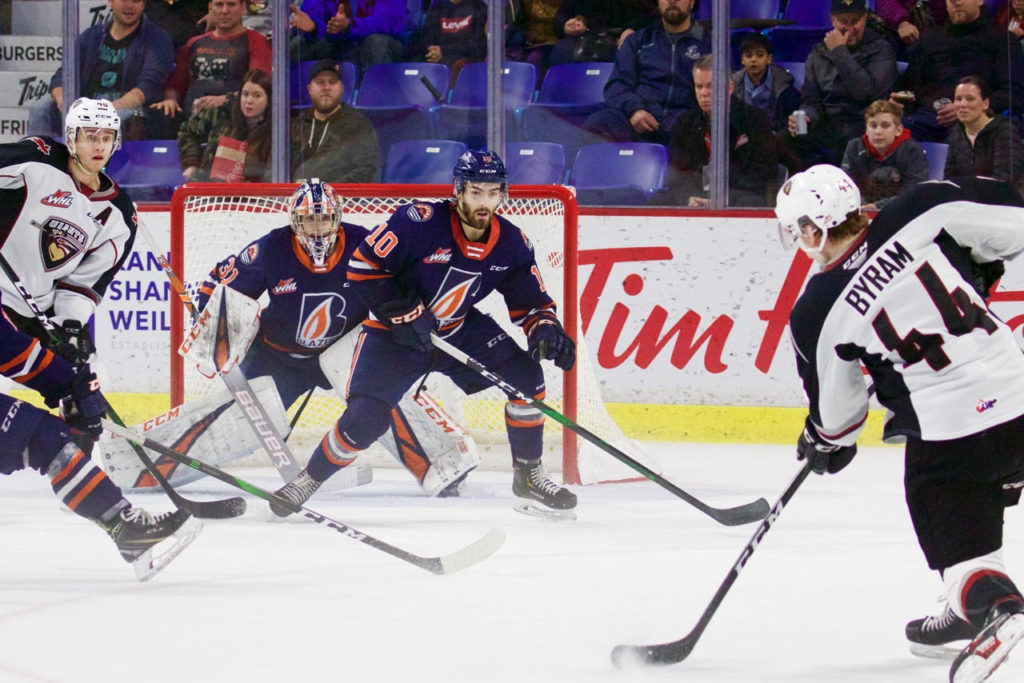 Tonight in Kamloops the Vancouver Giants take to the ice in search of their third straight victory, and second in as many days against the Kamloops Blazers. Last night at the LEC the Giants were full marks in a 5-4 overtime victory. It marked the first victory of the season for the G-Men against Kamloops. A win tonight and some standings help could vault the Giants back into a tie for a top-three playoff spot in the B.C. Division.

ANOTHER BIG NIGHT FOR ZARY:

Last night the Blazers were led offensively by 2020 NHL Draft prospect Connor Zary. The 2001-born forward from Saskatoon scored twice and added an assist for Kamloops, bringing his goal total to 30 and his point total to 64. Zary leads all Blazers with three goals and eight assists for 11 points against Vancouver this season. He has 17 points in his past eight games altogether.

The Kamloops Blazers have won six straight games at home dating back to the start of 2020. They’ve accumulated 18 home victories which is the second most in the entire WHL. The only team that has more home wins than Kamloops is Portland (20). In three previous home meetings against the Giants, Kamloops is 3-0.

Last night’s overtime winning goal came courtesy of Eric Florchuk who continues to impress in his early tenure with the Giants. In nine games with the G-Men, Florchuk has posted five goals and eight assists for 13 points. His three-point outing effort last night against Kamloops marked his second since joining the Giants. For the season he’s got 16 goals and 21 assists to his credit.