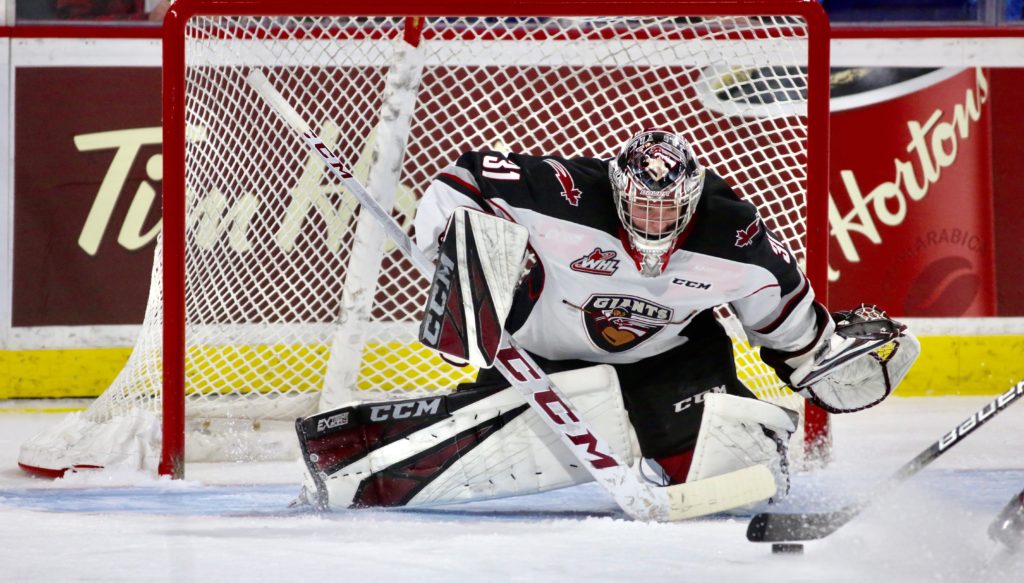 Tonight in Kamloops the Vancouver Giants look to return to the win column when they go head-to-head with the Blazers for the first time this season. Last night the G-Men suffered their first loss of the 2019-20 season – A 4-2 set-back at the hands of Portland. Meanwhile the Kamloops Blazers snapped a three-game slide with a 3-2 overtime victory over the Kelowna Rockets.

WHAT A DEBUT FOR HUGHES:

20-year-old Ryan Hughes wasted little time endearing himself to his new teammates. Mere days after being acquired in a trade with Saskatoon, Hughes paced the Blazers with two goals and an assist last night in a 3-2 win over Kelowna. Hughes’ second goal of the night came in overtime. So far he’s recorded six points through three games. Fun fact: Two of his three goals this season have been overtime winners.

2001-born forward Connor Zary has produced a single point in each of the first four games of the season for Kamloops. Zary’s first goal of the season came on September 20th against Kamloops and has recorded an assist in each game since. He had a goal and five assists in eight games against the Giants a season ago.

In eight games last season against Kamloops, Giants defenseman Bowen Byram recorded six goals and nine assists for 15 points and a +17 rating. Two of those six goals were overtime winners. In 16 career games against Kamloops, Byram has compiled 20 points (6G, 14A). Last night in his return to the WHL, Byram had two assists and nine shots against Portland.

2020 NHL Draft eligible forward Justin Sourdif has earned points in each of the first three games of the season for the Giants. Last night Sourdif assisted on the Giants first goal, giving him two goals and three assists on the season. He’s tied with Seth Bafaro for the team lead in scoring.

BETWEEN THE PIPES VS. KAMLOOPS:

Last season against the Blazers: