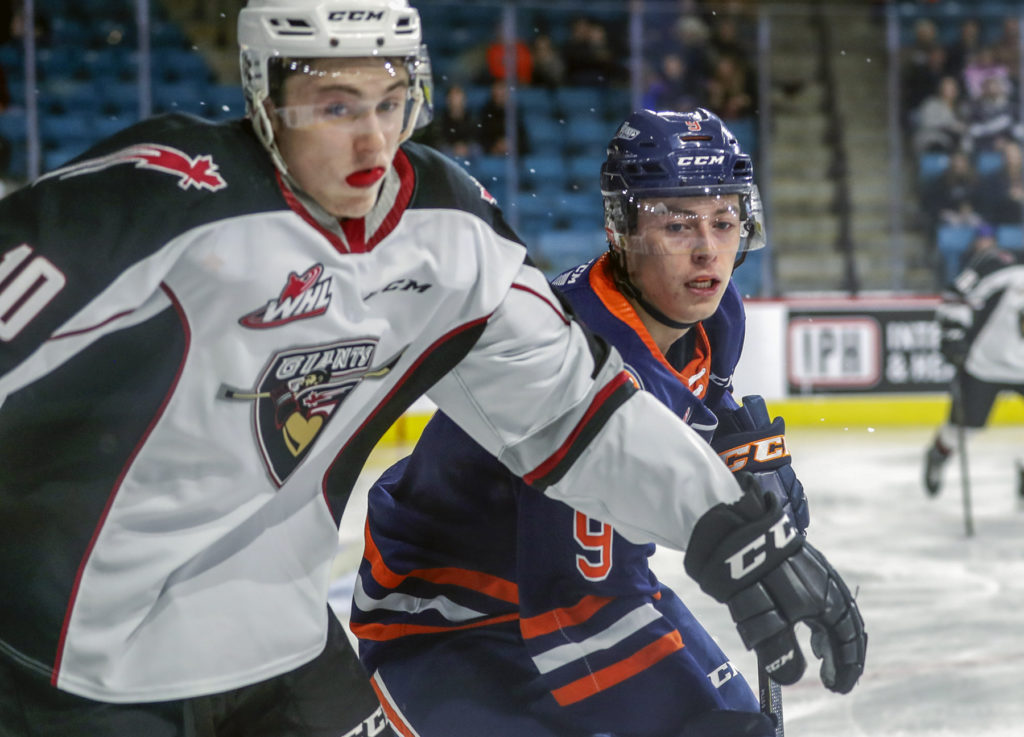 The longest stretch of consecutive road games for the Vancouver Giants comes to an end tonight in Kamloops. Tonight at the Sandman Centre the Vancouver Giants will battle the Kamloops Blazers for a second time in 12 games. A victory for the G-Men would give them a season-best three-game winning streak. Meanwhile the Blazers are looking for their fourth straight win.

Last Game: A 4-0 victory over Swift Current at home on Tuesday

2020 NHL Draft prospect Connor Zary brings the WHL’s longest active point streak into tonight’s game. The Saskatoon native has recorded at least one point in 10 consecutive games and currently leads the WHL outright in scoring with 16 points. Zary had three assists against the Giants in their first meeting on September 28th.

On October 4th, the Kamloops Blazers acquired 20-year-old defenceman Max Martin from the Prince Albert Raiders in exchange for some draft picks. Martin is no stranger to the Giants having faced them five times in last season’s WHL championship series. Since joining the Blazers, he’s scored twice and added two assists for four points.

2000-born forward Orrin Centazzo has notched 15 points in his first 10 games this season. He’s recorded points in all but two of the Blazers games so far. On September 28th against the Giants, Centazzo led all skaters with two goals and two assists and was named the game’s first star. His 15 points rank him second in the WHL in scoring behind teammate Connor Zary.

Milos Roman scored twice for the Giants on Saturday October 12th and was one of the key differences in a 4-2 win against Regina. Roman leads all Giants with seven goals coming into today’s tilt with Kamloops. For the season, Roman has seven goals and two assists for nine points. He had one of the two goals against Kamloops back on September 28th.

NIELSEN IN THE MIDST OF A BREAKOUT:

Over his past five games, Tristen Nielsen has registered three goals and four assists for seven points. Nielsen has recorded at least one point in four of his past five games, and comes into tonight’s game ranked second in team scoring behind Justin Sourdif. Since joining Milos Roman and Justin Sourdif on the Giants top scoring line, Nielsen’s game has taken off. He also had a goal against Kamloops back on September 28th.