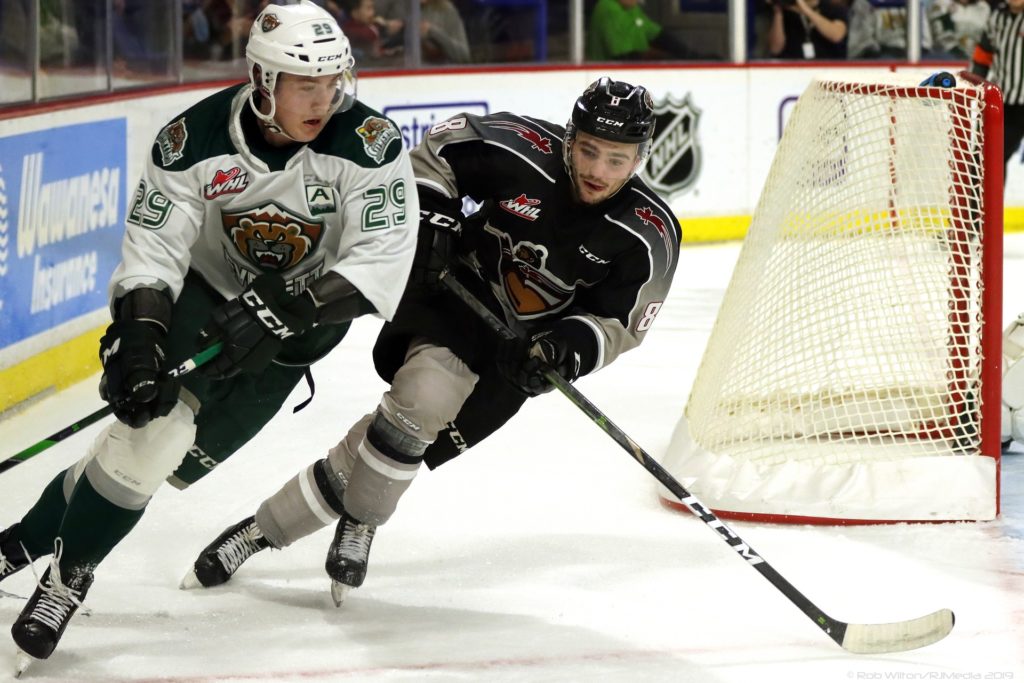 Tonight in Everett, WA the Vancouver Giants will take to the ice against the nationally ranked Everett Silvertips for the second time this season. The Giants are looking for their second victory in a row while the Silvertips are looking to avenge an overtime loss last night at the hands of the Portland Winterhawks. Fresh off a Teddy Bear Toss victory on Sunday, December 8th at Rogers Arena, the Giants will now look to play the Grinch-role once again as they try to keep the bears off the ice in Everett, who are hosting their annual Teddy Bear Toss game tonight.

With six goals in his past four games, Silvertips captain Bryce Kindopp is a threat to score every time he takes the ice. The Everett captain leads his team in goals and points and has managed 10 points (6G, 4A) over the course of his past four games. Back on October 25th Kindopp registered one assist for Everett in their 3-2 win over the Giants at the LEC.

The reigning Player of the Week in the WHL is Silvertips overager Jake Christensen. Last week he posted five goals and three assists for eight points in a span of three games, all of which were Everett victories. Christensen started the season in the AHL with the Stockton Heat, but since his return, the Silvertips are 3-0-1-0. The Giants can expect a steady dose of #23 tonight in all types of situations.

Last Game: A 4-1 victory at home on Sunday, December 8th against Tri-City

AN EVENING OF FIRSTS:

A trio of new faces made a huge impact for the Giants on Sunday at Rogers Arena. First it was Michal Kvasnica who registered the Giants 2019 Teddy Bear Goal. Defenceman Connor Horning’s first goal as a Giant stood as the eventual game winner. Then in the third period, newly acquired forward Tyler Preziuso scored twice to help the G-Men clinch victory. Since November 23rd the Giants have had five new faces (Katzalay, Kvasnica, Horning, Preziuso and Longo) join them. A full week of practice heading into tonight’s game had to be beneficial.

The Giants will not have Bowen Byram in the lineup tonight in Everett. On Thursday night the news became offical that Bowen Byram will be representing Canada at the 2020 IIHF World Juniors in the Czech Republic. Byram was one of seven defencemen and six WHL players to hop a plane to the Czech Republic. Byram is the fifth Giants player to represent Canada at this event. In 27 games with the Giants this season, he has three goals and 16 assists for 19 points.