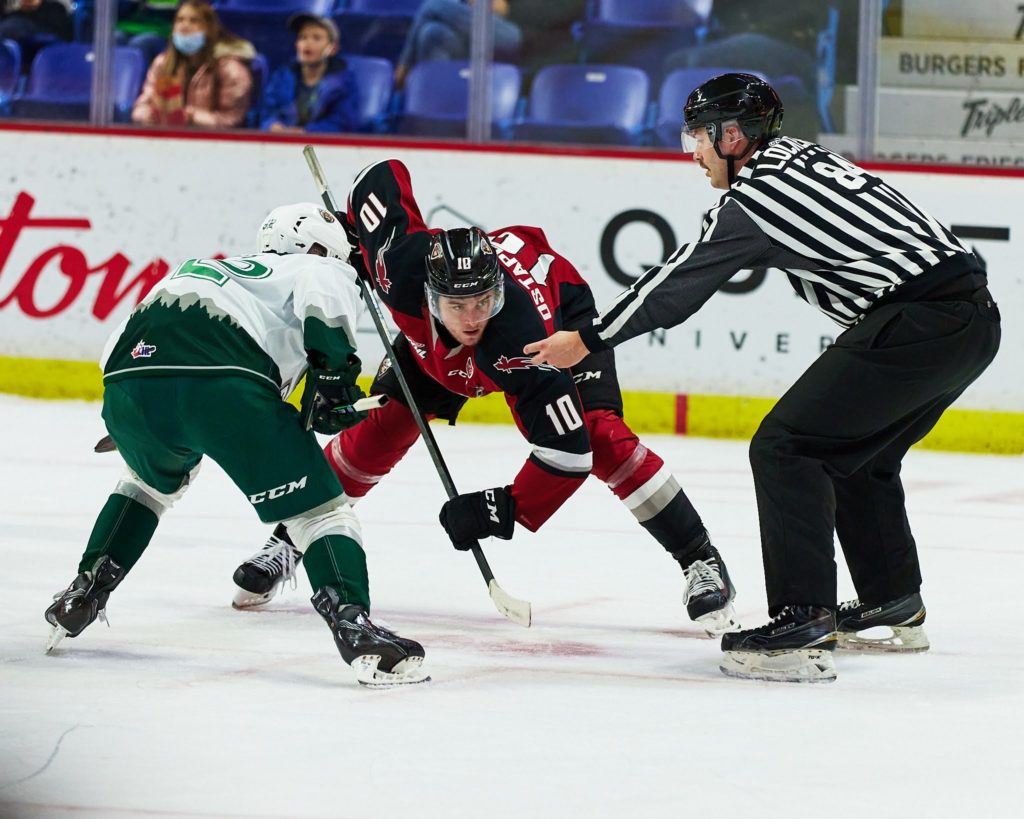 Two of the most dominant defencemen in the Western Hockey League anchor the Everett Silvertips blueline. Anaheim Ducks prospect Olen Zellweger and Carolina Hurricanes prospect Ronan Seeley currently sit second and third overall in league scoring among defencemen. Zelwegger comes into action tonight with seven goals anad 20 assists for 27 points. Last night against Tri-City he had a goal and five assists for six points. Ronan Seeley has six goals and 16 assists for 22 points. Only Winnipeg’s Ben Zloty has more points (28) than either guy. Both Zellweger and Seeley were recent invites to Canada’s World Junior Selection Camp.

The Vancouver Giants winning streak reached five straight games after a 3-1 home victory over the division leading Kamloops Blazers. Jesper Vikman stopped 39 Kamloops shots en route to a first star performance while Zack Ostapchuk, Ethan Semeniuk and Payton Mount supplied the goals for Vancouver. The lone Kamloops goal came from Ethan Brandwood late in the third period. It marked the first win of the season for the G-Men against Kamloops and their sixth win on home ice.

Jesper Vikman has now won four straight stars for the Giants and has stopped 139 of his past 146 shots faced for a save percentage of .952. The prospect of the Vegas Golden Knights brings a record of 10-3-1-0 into tonight’s game with a .914 save percentage and a 2.77 goals-against average. In one previous meeting with Everett, Vikman stopped 21 of 24 shots in a 4-1 defeat back on November 19th.