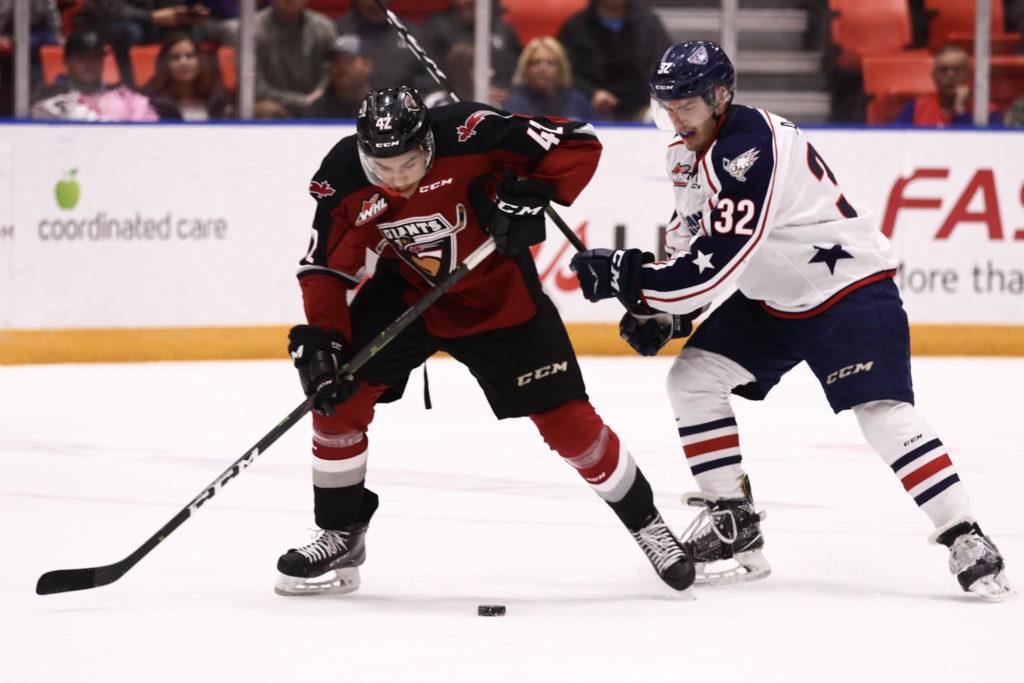 Tonight in Kennewick, WA the Vancouver Giants kick off their November schedule with their first meeting of the season with the Tri-City Americans. The Giants are looking to snap a three-game slide while the Tri-City Americans have won two straight and are unbeaten in their last three games in regulation.

Colorado Avalanche prospect Sasha Mutala comes into tonight’s game with a team-leading 16 points for Tri-City. The Vancouver native has recorded points in nine of his past 11 games (12 points altogether in that span). Originally selected sixth overall by Tri-City in the 2016 WHL Bantam Draft, Mutala is looking to obliterate his previous season high for points (41 last season). The Avalanche drafted Mutala in the fifth round of the 2019 NHL Draft.

No goaltender made more saves last season than Tri-City veteran netminder Beck Warm. The now 20-year-old had 1925 saves last season which was 238 more than Portland’s Joel Hofer. This season, Warm has appeared in 12 of the first 14 games for the Americans. His record coming into tonight is 6-5-0-1 with one shutout, a goals-against-average of 3.40 and a .903 save percentage. Last season he was 0-2-2-0 against Vancouver.

Giants forward Tristen Nielsen brings a four-game point streak into tonight’s game against Tri-City. The Fort St. John, BC product leads the team in scoring with eight goals and seven assists. His eight goals are tops on the team. Last season against Tri-City, Nielsen had a goal and two assists for three points.