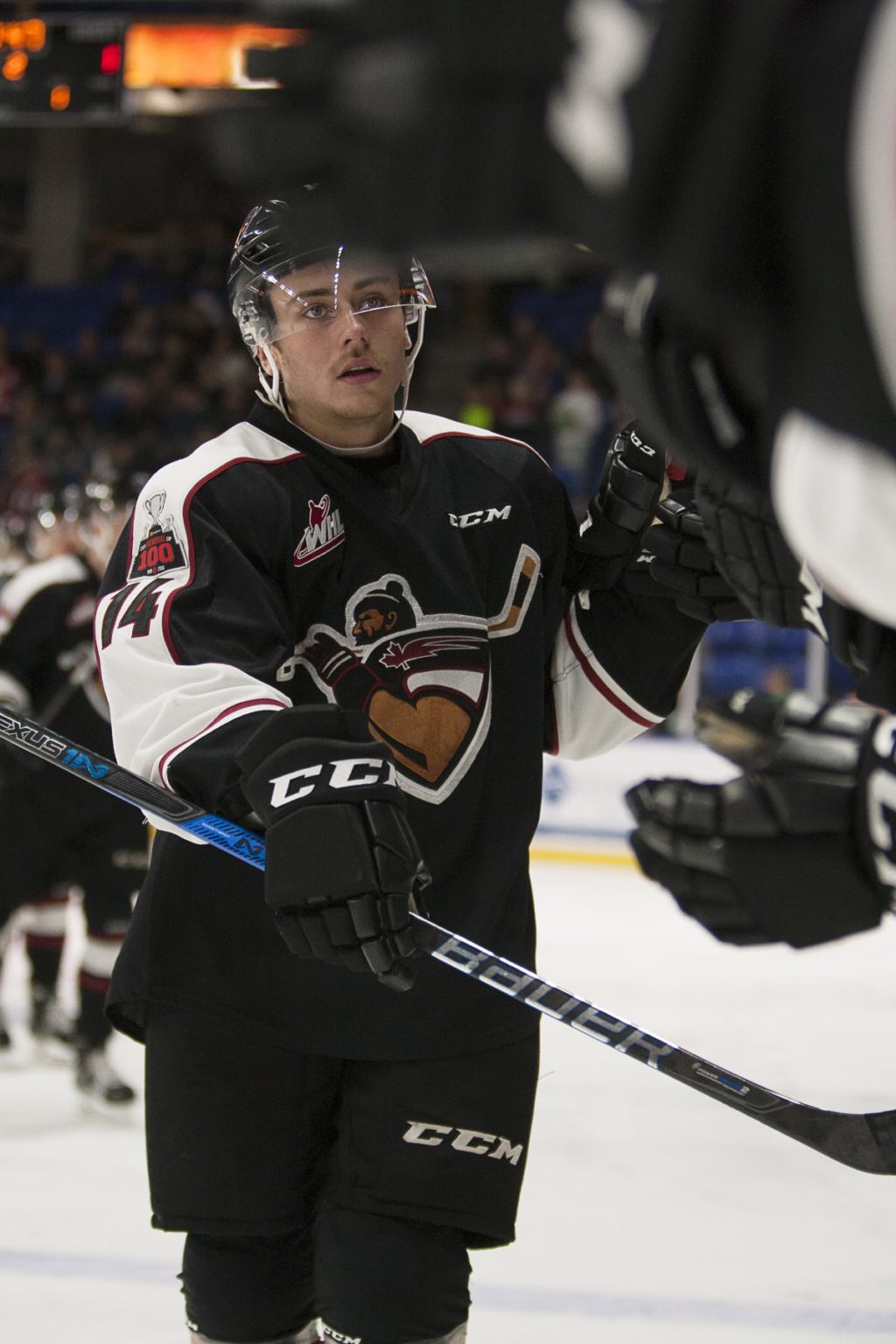 Tonight at the Langley Events Centre, the Vancouver Giants take aim at their third straight victory when they clash with the Red Deer Rebels for the first and only time this season. The Giants are coming off a weekend where they snagged five of six available points while the Rebels were victorious last night in Victoria, defeating the Royals 5-3.

Brandon Hagel: The Buffalo Sabres prospect comes into tonight’s game leading all Rebels in scoring with 21 points in 20 games. He had an assist in last night’s victory over Victoria and last season he had 31 goals to go along with his 40 assists.

Mason McCarty: The 20-year-old snapped an eight-game pointless streak with a goal and two assists last night against the Royals. Despite the recent slump, McCarty is still clicking at nearly a point-per-game pace with 11 goals and eight assists for 19 points. His 11 goals are tops on the team.

Alexander Alexeyev: The draft eligible defenceman turns 18 today. The sophomore rearguard has a goal and 10 assists for 11 points through 12 games. Last season he had four goals and 17 assists for 21 points in 41 games.

Brandon Schuldhaus: The 6’4”, 200 pound defencean has carved out a nice role for himself with the Rebels. He leads the team in plus-minus with a +4 rating and has nine assists through 21 games. He’s the oldest defenceman on the Rebels roster and is trusted in all situations.

Riley Lamb?: The 19-year-old Lamb recently returned to the Rebels lineup after missing significant time with an injury. Last night in Victoria he made his first start of the season and made 28 saves on 31 shots faced to earn the win. Does that warrant another start tonight? Or will his young backup Ethan Anders get the nod?

Kristian Reichel: The 19-year-old rookie from the Czech Republic leads all Eastern Conference rookies in scoring with eight goals and 10 assists in 21 games. In fact the only rookie in the entire WHL that has more points than Reichel is Vancouver’s Milos Roman.

James Malm: The 18-year-old recorded his first WHL hat-trick Sunday and became the first Giant since Jackson Houck (October 18th, 2014) to record five points in a single game. Malm sits second on the team in goals with eight and third on the team in points with 21.

Ty Ronning: The 20-year-old has goals in seven straight games, and has registered 13 goals and eight assists for 21 points in his past 10 games. He has been the epitome of consistency this season for the Giants.

Bowen Byram: The 16-year-old is fresh off a silver medal at the World Under-17’s with Canada Red. In six-games he had a goal and four assists for five points and was named a tournament all-star. Byram suits up for the first time since October 29th in Victoria.

David Tendeck: It’s the 18-year-old’s turn in the rotation. He’s coming off one of his strongest efforts of the season – A 4-1 victory on Saturday night at home against the Victoria Royals where he made 37 saves on 38 shots faced. His record for the season is now 4-4-0-1 with a 3.67 goals-against-average and a .891 save percentage.

Special Teams: The Vancouver Giants power play is eight for its last 16 and has been a major factor in their recent success. The Giants will look to carry that success forward tonight when they wrap up their home stand.