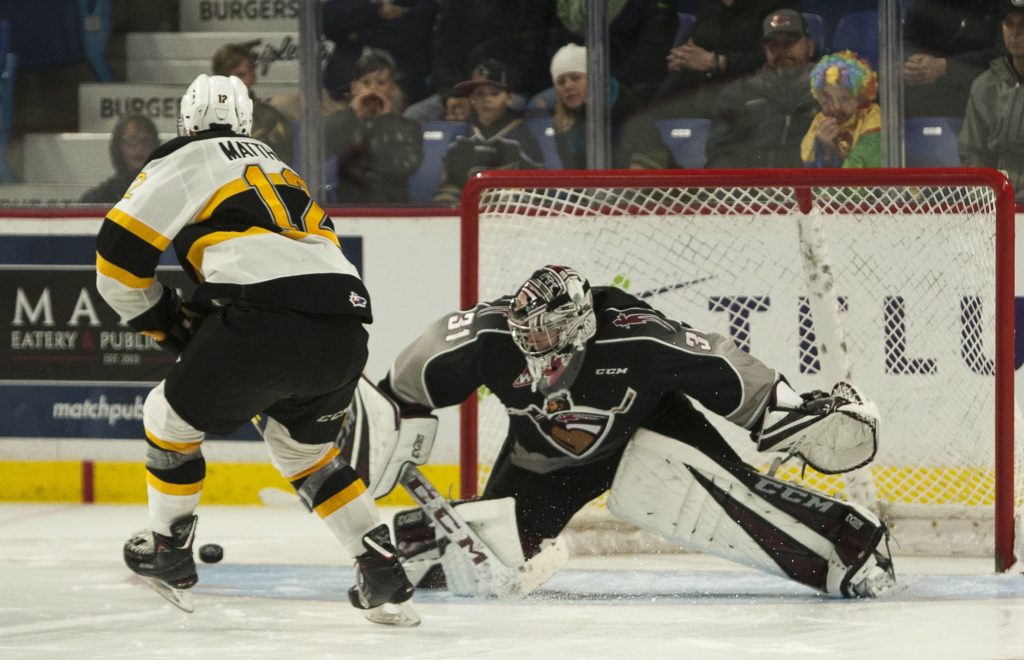 Tonight in Brandon, MB the Vancouver Giants officially kick off their six-game trek through the East Division when they lock horns with the Brandon Wheat Kings. The Giants are coming off a spirited 4-0 win last Sunday at home against Kelowna while the Wheat Kings are looking to get back into the win column after dropping two straight. This marks the only meeting in 2019-20 between the two clubs.

Fresh off a 40 goal season in 2018-19, Colorado Avalanche prospect Luka Burzan will once again lead the way offensively for the Brandon Wheat Kings. Burzan has recorded points in three of the first four games of the season for Brandon and comes into tonight’s game leading the team in both goals and points. The Avs selected Burzan in Round 6 of the 2019 NHL Draft.

LOOK OUT FOR SCHNEIDER:

The Vancouver Giants can expect a steady diet of #2 Braden Schneider tonight. The product of Prince Albert, SK has posted two assists through four games, but is coming off back-to-back seasons with 2o-or-more points. Schneider is considered by many to be one of the top WHL defencemen eligible for the 2020 NHL Draft and internationally he represented Canada with Justin Sourdif and Michael Dyck at the 2019 Hlinka Gretzky Cup.

On July 18th, Dave Lowry was named the new head coach of the Brandon Wheat Kings. Lowry’s coaching resume is impressive having recently finished a stint with the Los Angeles Kings as an assistant coach. Prior to joining the NHL club Lowry spent five seasons with the Victoria Royals, where he earned Coach of the Year honours on two occasions. In addition to serving as head coach for Team Canada at the 2016 World Junior Hockey Championships, he captured gold as an assistant coach in 2015. Prior to the start of this season, his career coaching record in the WHL was: 268-133-31.

The 2020 NHL Draft eligible forward brings a five-game point streak into tonight’s game. Sourdif’s eight points and a +6 rating are both tops on the team. Sourdif is coming off a two-goal performance last Sunday at home against the Kelowna Rockets. He’s tied for third in WHL scoring heading into this weekend.

ROMAN’S GOT A HOT HAND:

Coming into action tonight, Milos Roman has scored at least once in each of the past three games for the Giants. Roman is tied with Justin Sourdif for the team lead in goals with four apiece. The Calgary Flames prospect has been especially dangerous on the power play as he’s already struck for two power play goals so far this season.

A HOMECOMING FOR MINER AND LIES:

Playing in front of friends and family never gets old. Tonight Giants goaltender Trent Miner and forward Justin Lies will get to exactly that when they take the WHL ice in Manitoba for the first time ever. Trent Miner is from Brandon and he’ll have a large contingent of friends and family in the building tonight. Justin Lies is from Flin Flon which is seven hours away, but he’ll be well represented in the stands as well.