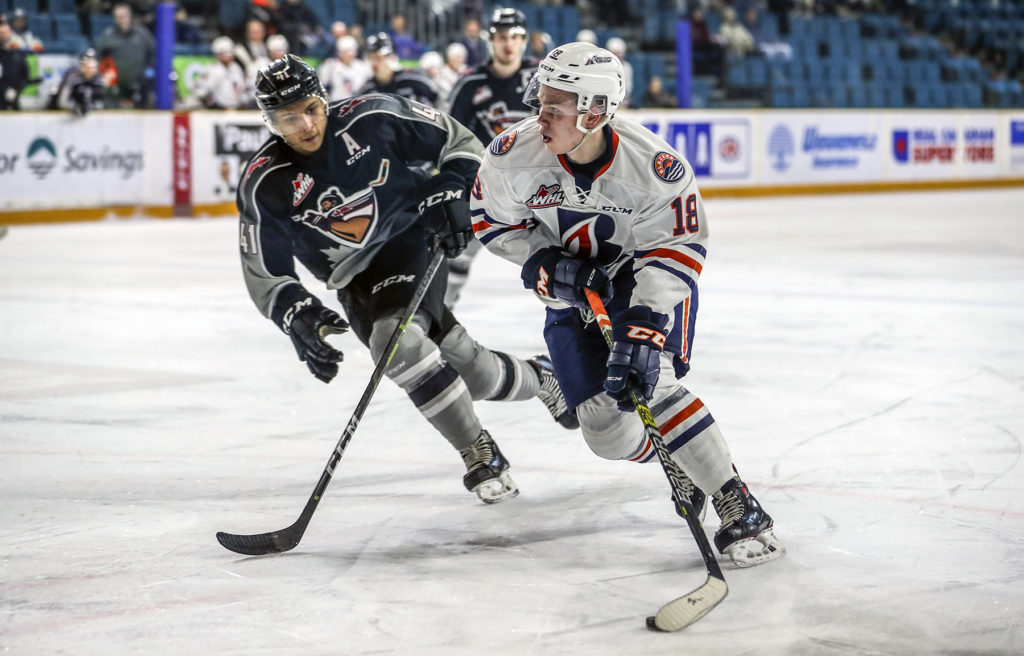 Tonight at the LEC the Vancouver Giants wrap up their preseason schedule with a 5 PM showdown against the Kamloops Blazers. Both teams come into this game with four-game preseason winning streaks. The Giants defeated Prince George 5-3 yesterday while the Blazers knocked off Victoria 6-4. The Blazers come into tonight’s game leading all WHL teams with 27 goals through four exhibition games.

Offensively the duo of Zane Franklin and Orrin Centazzo will feature prominently in the Blazers attack. 2001-born forward Connor Zary was a point-per-game player last season at age 17, and should be picked in the early rounds of the 2020 NHL Draft. Defensively Montana Onyebuchi anchors a blueline that also features returnees Luke Zazula and Sean Strange. Dylan Garand appears ready to take on the number one goaltending duties for Kamloops.

Up front Logan Stankoven should make an immediate impact. He’s recorded seven points through three preseason games. Fellow rookies Matthew Seminoff and Reese Belton have also scored at a point-per-game clip so far. Logan Bairos and Trevor Thurston are two new faces on the back-end that have performed well so far.

Goaltending continues to be a strength for the Vancouver Giants. So far in the preseason each of the four rostered goalies for the Giants has earned a win. Last night Drew Sim stopped 32 of the 35 shots he faced to lift the Giants to victory over Prince George. One night prior Braedy Euerby played well stopping 25 of 27 Victoria shots. Even with David Tendeck and Trent Miner attending NHL camps, the Giants goaltending has held the fort.

Two third period goals last night from Lukas Svejkovsky proved to the difference in a 5-3 win. The 2001-born forward is eligible for the 2020 NHL Draft and should be poised for a breakout season offensively. He had 26 points in 67 games in 2018-19, and added 13 points in 22 playoff games. For the preseason he’s scored twice and added one assist.

Two of the Giants 16 goals during the preseason have come via the blue line and Jacob Gendron has both of them. The 2002-born product scored his second goal of the preseason last night in the win over Prince George. He’s appeared in all five preseason games so far for the Giants and has added two penalty minutes and a +1 rating.