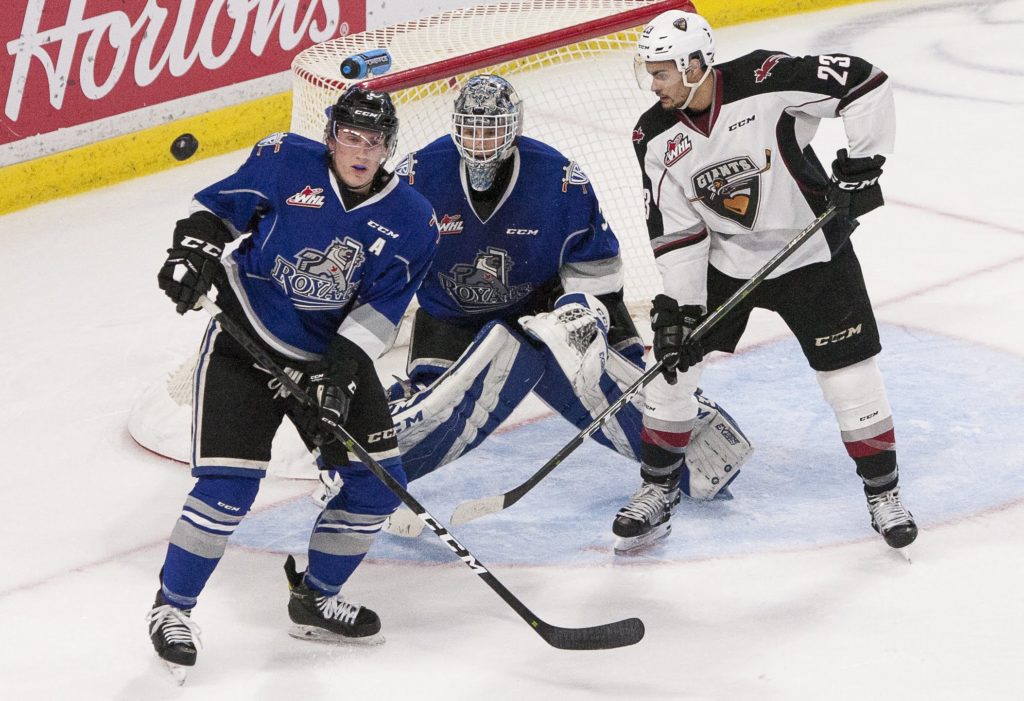 Tonight at the LEC, the Vancouver Giants will take to the LEC ice for a preseason showdown with the Victoria Royals. This rivalry needs little introduction. These B.C. Division foes have met in each of the past two playoffs, and regardless of the time of year, there’s always a a little extra ‘something’ on the line when they get together. Tonight’s game kicks off at 7:30 PM.

2000-born forward Brandon Cutler and Kaid Oliver each recorded five points against the Giants last season. They’ll both be big minute forwards for the Royals. On the back-end Mitchell Prowse, and Matthew Smith will log big minutes in all situations. Young up-and-comers like Tarun Fizer, Alex Bolshakov and Logan Doust are three players looking for a larger role in 2019-20.

Between the pipes, 20-year-old Shane Farkas joins the Royals after spending the past two seasons with Portland. Farkas went 4-0 last season against the Giants. On the back-end Will Warm and Nolan Jones will bring size, physicality and steady two-way play to the blueline.

With seven players away at NHL camps, the younger Giants will get a huge chance to shine this weekend. 2003-born players Zack Ostapchuk, Justin Lies, Nicco Camazzola and Brenden Pentecost are gaining valuable experience, and tonight they’ll be joined by 2004-born forward Julian Cull who makes his WHL debut having signed with the team yesterday.

The following seven players are attending NHL Training Camps and will not be in uniform this weekend: