Popowich and Bulych Invited to U17 Camp 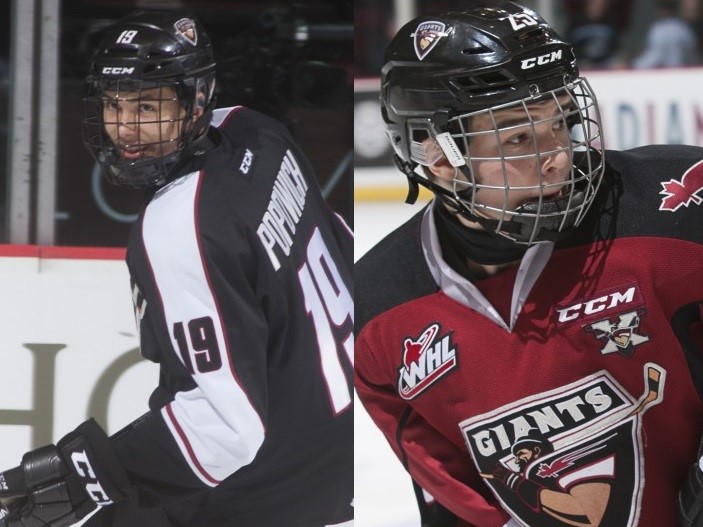 The Vancouver Giants would like to congratulate Tyler Popowich and Kaleb Bulych on being invited to Hockey Canada’s National Under-17 Development Camp.

The camp will take place from July 26th – August 1st in Calgary and will bring together 111 players from across the country. Later in the year, 66 players will be selected to represent Canada on one of three teams at the 2016 World Under-17 Hockey Challenge, which is set to get underway on October 30th in Sault Ste. Marie, Ontario.

“This is another step in the development of our young players,” said General Manager Glen Hanlon. “It’s a great opportunity for Tyler and Kaleb to experience high level play, and it’s good to see them being recognized on a national level.”

Click here to see the full Under-17 Camp Roster.

Popowich, a Surrey native, was selected by the Giants at third overall in the 2015 WHL Bantam Draft. The 16-year-old forward scored 15 goals and 27 assists in 33 games with the Okanagan Hockey Academy Prep program last season while also appearing in six WHL regular season games with the Giants.

Bulych went to the Giants in the second round of the 2015 Draft at 27th overall. Hailing from Yorkton, Saskatchewan, the 16-year-old defenseman had 10 points in 42 games with the Yorkton Maulers of the Saskatchewan Midget AAA League in 2015/16. He also made 5 appearances for the Giants.