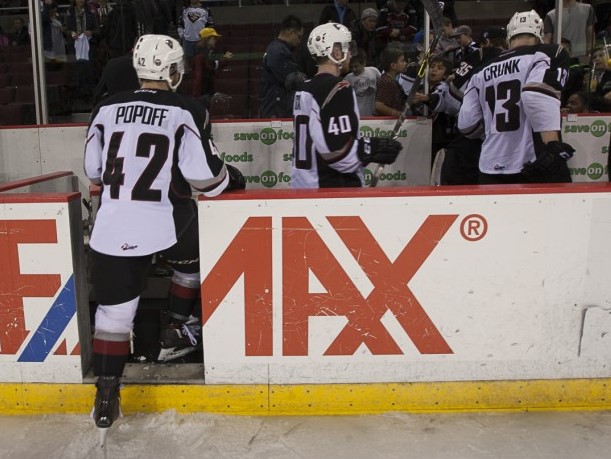 The Vancouver Giants would like to congratulate forward Carter Popoff on committing to play for the University of British Columbia men’s hockey team for the coming season.

Popoff, a Richmond native, played all 273 games of his WHL career in a Giants uniform, scoring 64 goals and 115 assists. He also suited up in 10 playoff games during his time with the Giants and was the team’s top scorer in 2013/14. Popoff won the Giants’ Post-Secondary Academic Player of the Year Award in both 2013/14 and 2014/15.

Popoff becomes one of a number of former Giants who have gone on to play at UBC, joining the likes of Wes Vannieuwenhuizen, Neil Manning and Joel Hamilton.