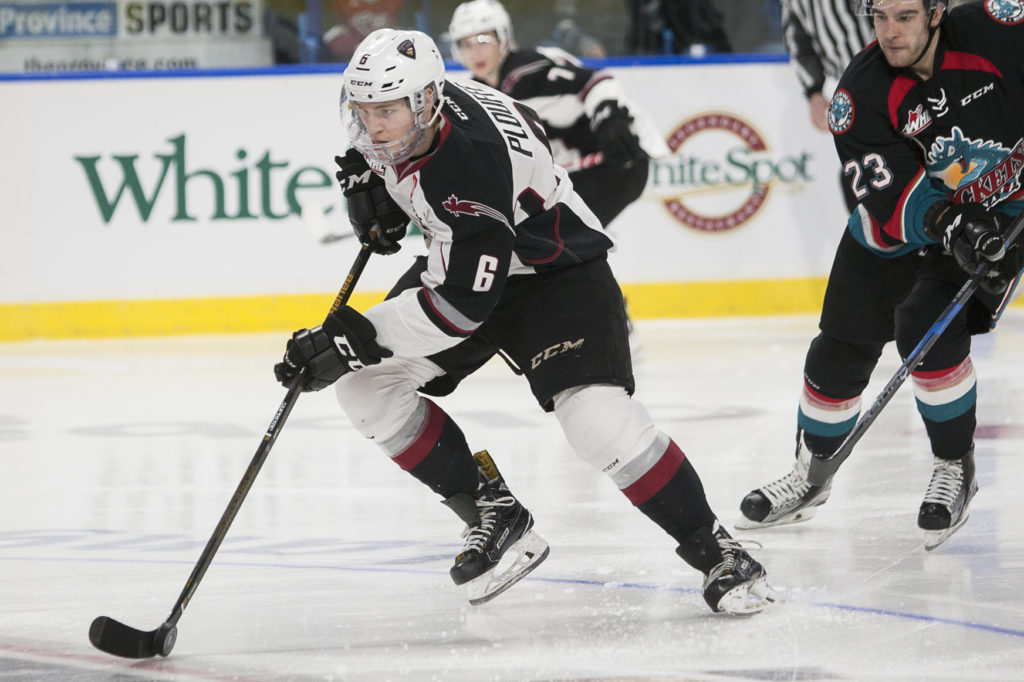 The Vancouver Giants would like to congratulate defenceman Dylan Plouffe on being included on NHL Central Scouting’s final rankings list ahead of the 2017 NHL Draft.

Plouffe, a native Sherwood Park, Alberta, was ranked 135th amongst North American skaters. The 17-year-old scored four goals and 17 assists in 61 games with the Giants in 2016/17 before being named Vancouver’s Save-On-Foods Scholastic Player of the Year. He was drafted by the G-Men in the second round of the 2014 WHL Draft.

You can make your deposit now to become a Vancouver Giants season ticket holder for the 2017/18 season and get priority seating for the 2019 IIHF World Junior Championships! For more information, call 604.4.GIANTS (604.444.2687) or click here.