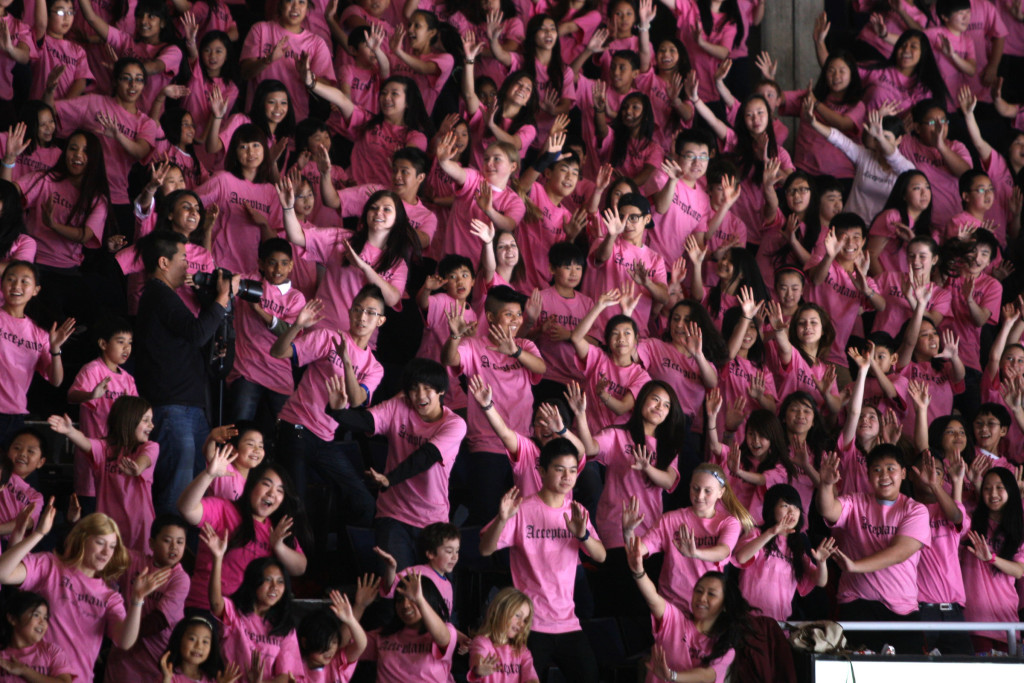 The Vancouver Giants partnered with several schools throughout the Lower Mainland and hosted an Acceptance Flash Mob in honour of Anti-Bullying Day. The flash mob happened during the second period in the game against the Everett Silvertips on Sunday, January 20th.

There were just under 2,000 school children, from the various elementary and secondary schools, who took part in the choreographed number, unveiling pink shirts as a part of their routine.

The Vancouver Giants would like to thank all those involved for their hard work in helping support acceptance and spreading awareness against bullying.

The official Acceptance Flash Mob video can be seen HERE. 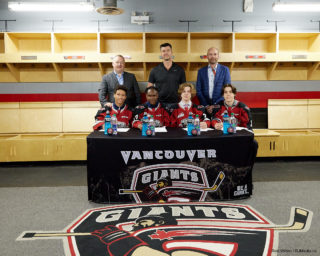