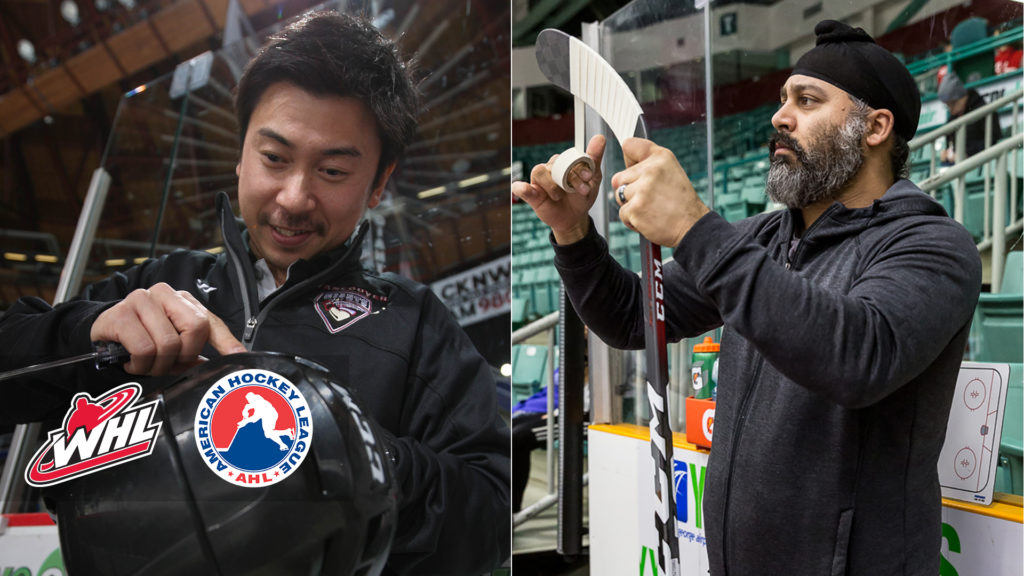 They have been mainstays on B.C. Division benches for a decade. Formerly division rivals, Ramandeep “Chico” Dhanjal and Shingo Sasaki are now teammates with the new American Hockey League affiliate of the Vancouver Canucks.

Dhanjal has spent the past 13 seasons with Prince George and has been one of the longest-serving members of the Northern B.C. franchise. Dhanjal joined the Cougars during the 2008-09 WHL season and has been on the bench for nearly 900 WHL regular season games.

Congratulations to Equipment Manager @chicodhanjal on joining the @abbycanucks.#WHL | #AHL

“We’re excited for Chico and his family for this opportunity to move up to the professional ranks,” said Prince George general manager and head coach Mark Lamb. “He was so passionate about the Cougars and was a tireless worker. He loved his job. No one deserves this more than him.”

“Firstly, I want to thank my wife and family for their support throughout my time with the Cougars. I also want to thank the Cougars’ ownership group who have treated me so well during my time in the Western Hockey League,” Dhanjal added. “I also have to thank Rick Brodsky and Dallas Thompson for taking a chance on me 13 years ago and bringing me to Prince George. I have worked with an amazing group of people during my time with the Cougars and my family and I loved living in Prince George.”

Shingo Sasaki will be joining the Abbotsford Canucks their new Assistant Equipment Manager.

Additionally, both Dhanjal and Sasaki served with Team WHL during the Canada Russia Series.

The Abbotsford Canucks are slated to open their inaugural season in the Fraser Valley this fall.