Osipov to Play for Blackhawks at Prospects Tournament 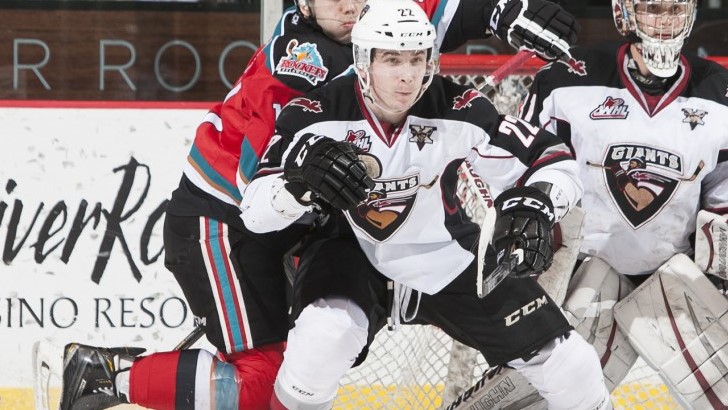 The Vancouver Giants would like to congratulate defenceman Dmitry Osipov on being included on the Chicago Blackhawks’ roster for the 2016 NHL Rookie Tournament in Traverse City, Michigan. The tournament will run from September 16-20.

Osipov joins Giants teammate Radovan Bondra on Chicago’s roster. Bondra was a fifth round pick of the Blackhawks in the 2015 NHL Draft.

“We’re happy for Dmitry,” said General Manager Glen Hanlon. “This opportunity will be great for his confidence. We look forward to his success with the Blackhawks.”

Osipov, a 19-year-old blue liner who turns 20 in October, has spent the last three seasons with the Giants, appearing in 197 WHL games. The native of Moscow, Russia won the Giants’ Pat Quinn Top Defenceman Award in 2015/16 after playing all 72 regular season games for the G-Men and amassing 12 points and 102 penalty minutes along the way.

The Giants return to action on Saturday when they take on the Victoria Royals on Vancouver Island for their third game of the pre-season. Puck drop is scheduled for 2:00pm from the Save-On-Foods Memorial Centre.

Vancouver will play its first home game of the exhibition campaign on Sunday when the Royals pay a visit to the Ladner Leisure Centre. Face-off is set for 2:00pm. Tickets will be available at the door for $10.