Osipov and Malm to Coach at Hockey School 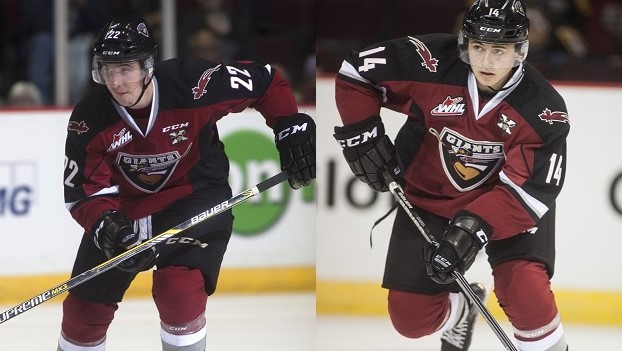 The Vancouver Giants announced on Wednesday that defenceman Dmitry Osipov and forward James Malm will be player coaches at the club’s annual Hockey School later this month.

Osipov, a Moscow native, is getting set to enter his fourth season in the WHL. The 19-year-old blue liner played in all 72 games for the Giants last year, tallying 12 points along the way.

Malm, who hails from Langley, won the BC Major Midget Championship with the Valley West Hawks last season and led the league in playoff scoring. The 17-year-old also played in 25 games for the G-Men in 2015/16.

Make sure to reserve your spot. The registration deadline is this Friday, August 12th!