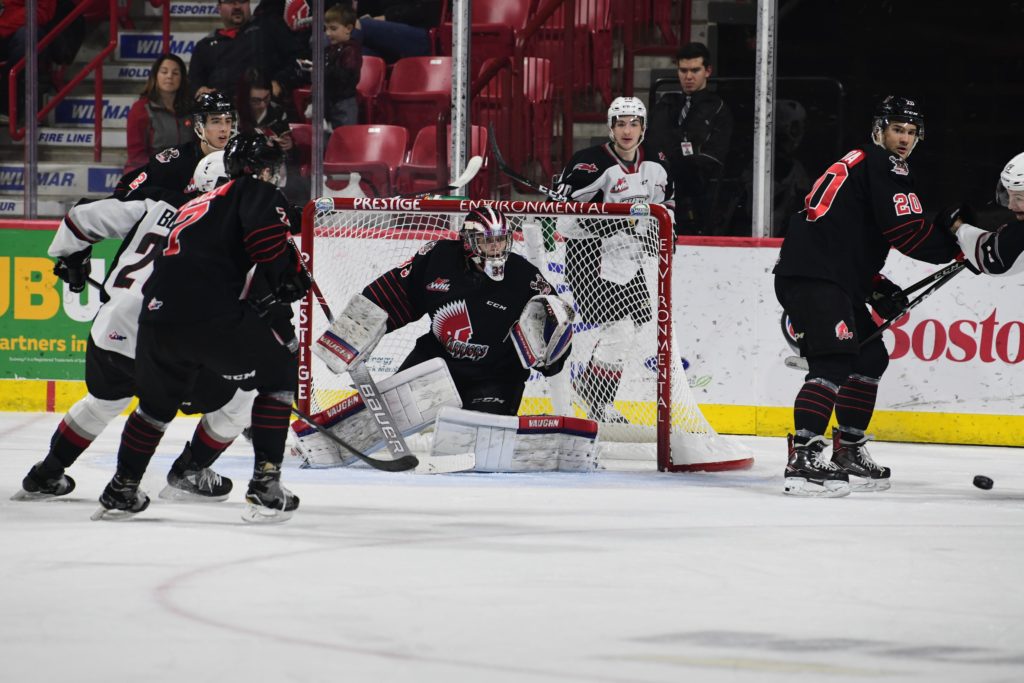 Giants forward Tristen Nielsen is on a roll. Friday night in Moose Jaw, Nielsen paced the Vancouver Giants (5-5) offense with two goals and an assist in a 4-1 victory over the Moose Jaw Warriors (5-2). Justin Sourdif and Lukas Svejkovsky also scored while goaltender David Tendeck made 25 saves in the Giants net. Owen Hardy had the lone goal in response for Moose Jaw.

MJ – The lone goal of the night for Moose Jaw came 3:29 into the first period from Owen Hardy. Hardy followed up a Brayden Tracey rebound to secure his third goal of the season. The goal was originally waived off, but after a review the officials ruled it a good goal.

VAN – With 48 seconds left in the first, Tristen Nielsen got the Giants back even with a power play goal. Nielsen out-maneuvered two Moose Jaw defencemen off the rush before ripping home a shot past Bailey Brkin’s glove. Bowen Byram and Dylan Plouffe earned assists.

VAN – Tristen Nielsen struck again at 9:19. This time he knocked in his own rebound in close. Justin Sourdif and Milos Roman both assisted.

VAN – Justin Sourdif increased the lead to 3-1 at 13:24. Sourdif’s sixth was assisted by Tristen Nielsen, giving him his third point of the night.

VAN – Lukas Svejkovsky notched the game’s final goal at 7:11 of a tic-tac-toe play with Sergei Alkhimov and Dylan Plouffe.

Next Game: The Giants wrap up their Prairie trip tomorrow night in Regina at 6:00 PM PT.