Milos Roman: “Whoever He Played With He Made Them Better.” 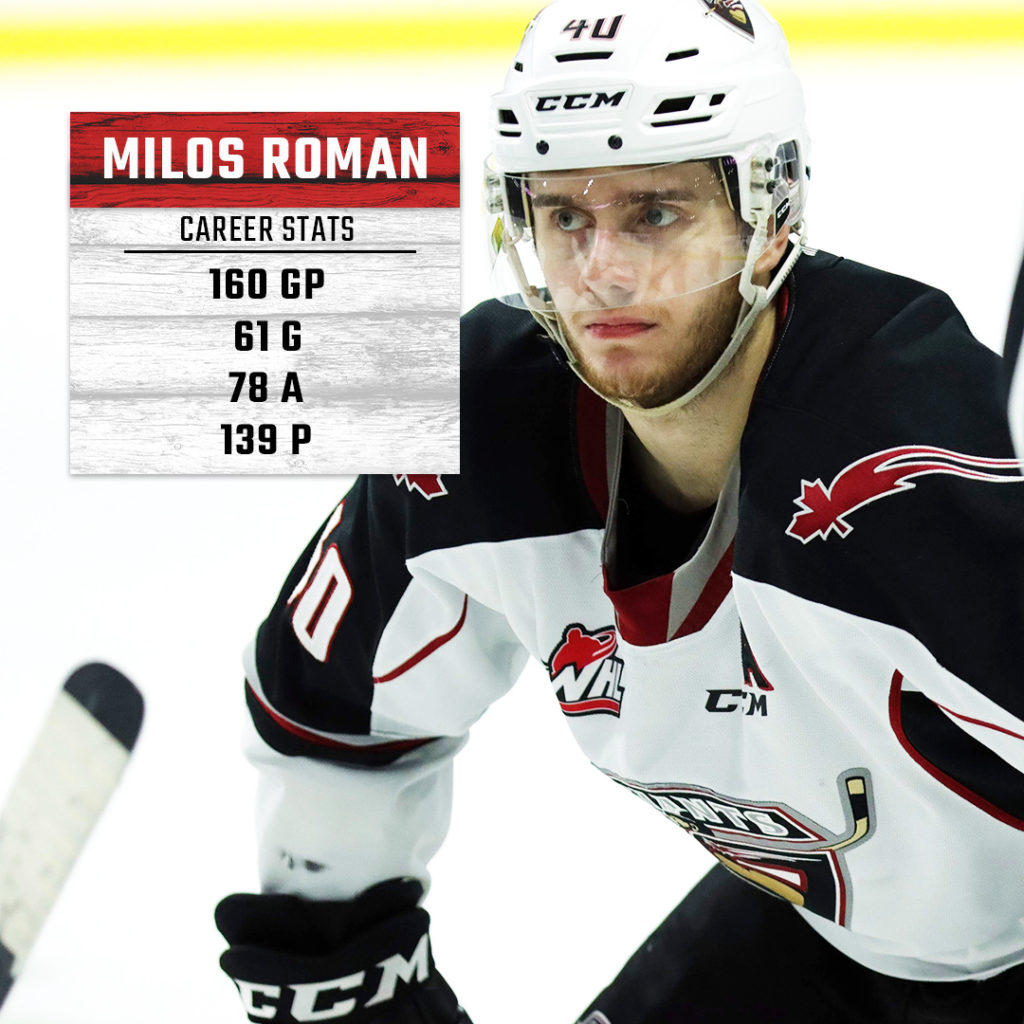 With the sixth overall pick in the 2017 CHL Import Draft, the Vancouver Giants selected 1999-born forward Milos Roman out of Slovakia. The draft eligible forward was billed as a strong two-way center and he wasted little time endearing himself to his new teammates. In just his second career home game with the Vancouver Giants, Roman scored a goal and added three assists in what ended up as a 6-3 win for the G-Men over the Kamloops Blazers. He was named the game’s second star. Unfortunately for Roman, his first season in the WHL was limited to just 39 regular season games because of an injury, yet he still managed 10 goals and 22 assists for 32 points. He added three goals and three assists for six points in seven playoff games against Victoria.

The Calgary Flames took notice, and in June of 2018 Roman was selected by the Flames in Round 4 of the NHL Draft.

The next season with a new head coach, and a full WHL season already under his belt, Roman thrived. He spent a majority of his 19-year-old season paired with Brayden Watts and Justin Sourdif, and together that trio played some hugely important minutes in all situations. With 27 goals and 33 assists, Roman finished with 60 points in 59 games. He added four goals and eight assists for 12 points during the Giants run to the WHL championship. Two of those four goals came in Game 7 against the Prince Albert Raiders.

This season Roman finished with 24 goals and 23 assists for 47 points in an abbreviated 62 game season. He finished his three-year tenure in the WHL with 61 goals and 78 assists for 139 points. He sits second all-time among Giants imports in scoring trailing only Michal Repik. Internationally Roman represented Slovakia in three separate World Junior tournaments.

“Everybody I talked to said: “You’re going to love this guy” and he absolutely lived up to the billing. He’s got pro habits, a pro work ethic and a pro attitude. It’s the best way to sum up Milos. Whoever he played with he made them better. Even at times  that he wasn’t putting up points he was always starting the play. A real unsung hero.

Michael Dyck on what lies ahead for Roman:

“I think nothing but good things lie ahead for him both in hockey and in life because of his attitude, approach, work ethic and focus. Whatever he wants to accomplish he’ll find a way to do it. He’s a tireless worker and typically people like that with a no quit attitude will succeed. When things weren’t going well he was always trying to find solutions. We know much Calgary likes him and we hope he can take his game t0 another level with the Calgary flames.”

Michael Dyck on Milos Roman’s legacy with the Giants:

The entire Vancouver Giants organization would like to extend a heartfelt thank you to Milos Roman for the positive impact and legacy that he leaves behind after three seasons with the team. Good luck in both hockey and in life, and please don’t be a stranger!