Milos Roman Selected by the Calgary Flames in the 4th Round 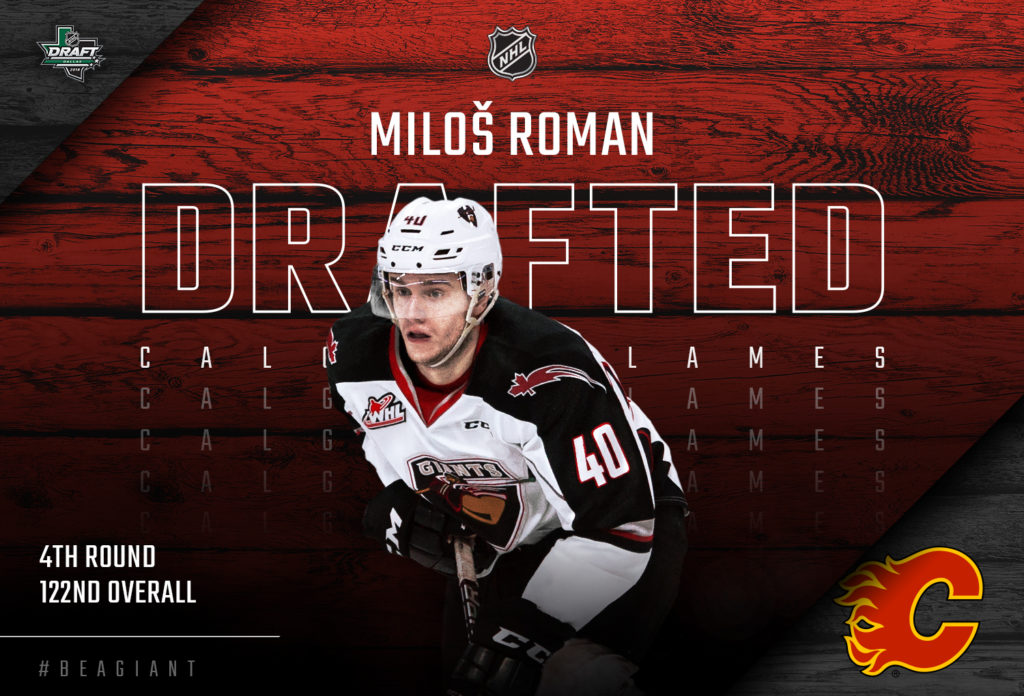 The Vancouver Giants are pleased to announce that 1999-born forward Milos Roman (Kysucke Nove Mesto, SVK) has been selected by the Calgary Flames in the fourth round (122nd overall) of the 2018 NHL Draft.

“Milos has worked extremely hard to get to this point and to see him drafted today by the Calgary Flames is a testament to his hard work, resilience and his exceptional character and leadership,” said Giants GM Barclay Parneta. “We are thrilled that Milos and his family get to celebrate this achievement together and we are very proud of him for all that he’s accomplished up to this point in his career. The Calgary Flames are very fortunate to have a player like Milos now a part of their organization.”

Originally selected by the Giants sixth overall in the 2017 CHL Import Draft, Roman finished his rookie campaign with 10 goals and 22 assists for 32 points in 39 games. He added three goals and three assists for six points in seven playoff games. He was named to the 2018 Sherwin-Williams CHL/NHL Top Prospects Game but was unable to compete due to injury.