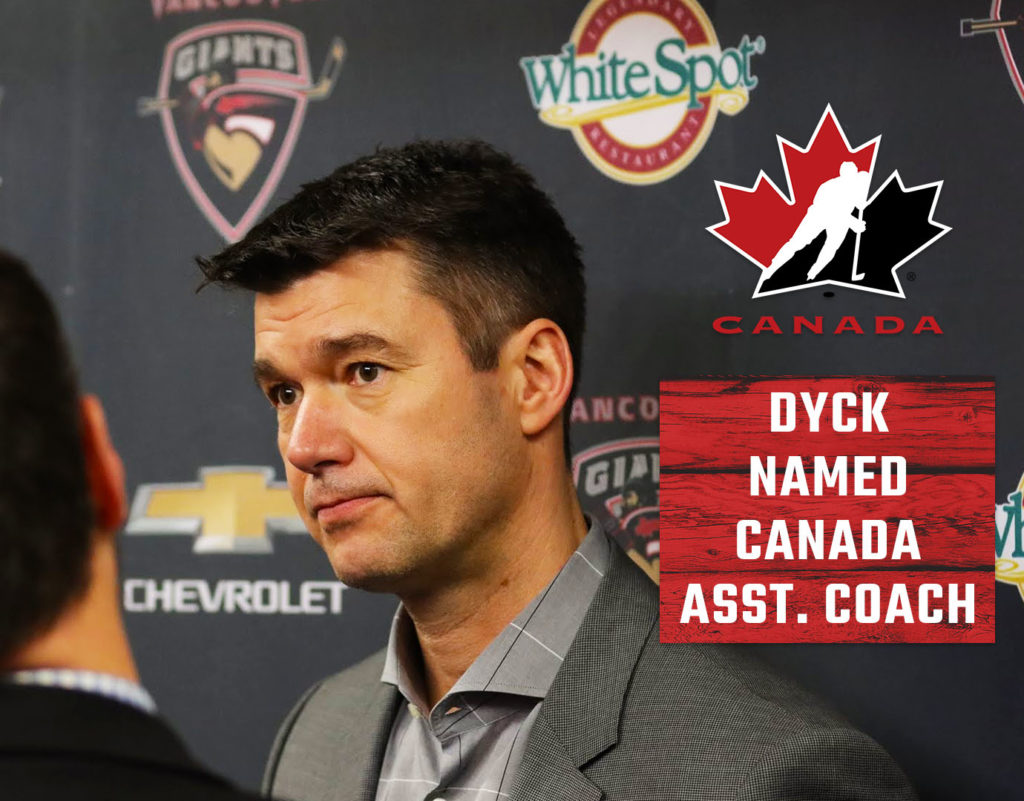 The Vancouver Giants are thrilled to announce that Head Coach Michael Dyck has been named an Assistant Coach for Canada’s World Junior team.

Over the course of two seasons, Dyck has led the Giants to an overall regular season record of 77-39-7-4. In 2018-19 he led the Giants to Game 7 of the 2019 Championship Series and was named the WHL’s Western Conference Coach of the Year.

Internationally, Dyck most recently served as Canada’s Head Coach for the 2019 Hlinka Gretzky Cup which took place in August, 2019. Additionally, Dyck has represented Canada in both the World Under-17 Hockey Challenge (2010 + 2012) and the 2016 Winter Youth Olympic Games.

“To have the chance to coach for Canada at the World Juniors is one of the greatest honours a coach can receive, and I’m very grateful and excited for the opportunity,” said Michael Dyck. “I look forward to working with Andre Tourigny and the rest of our staff as we strive to earn another gold medal for Canada this winter.”

Giants GM Barclay Parneta adds, “Michael is very deserving of this honour and has earned this opportunity thanks to his great work with the Vancouver Giants. On behalf of our ownership group. management team, staff, players and fans we want to congratulate him.”