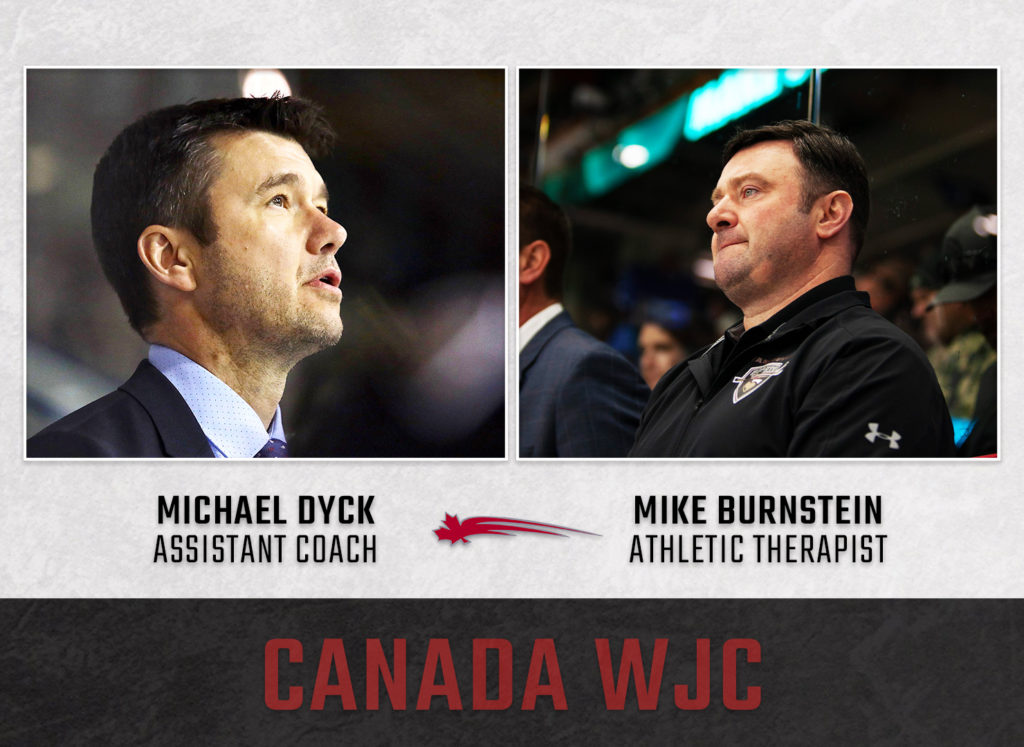 This marks the second consecutive season that Michael Dyck has coached at the World Juniors for Canada. In January, 2021 he earned a Silver Medal as an assistant coach. Then in May, 2021 he captured a Gold Medal with Canada at the 2021 IIHF World Hockey Championships in Riga, Latvia. Dyck has also represented Canada at the 2019 Hlinka Gretzky Cup, and the 2012 and 2010 World Under-17 Hockey Challenge.

In three seasons behind the bench of the Vancouver Giants, he has led the team to an overall regular season record of 92-49-11. For his entire WHL coaching career, Michael Dyck is 224-169-27 as a head coach.

“It is an incredible honour to once again have the privilege of representing Canada at the World Juniors,” said Michael Dyck. “I would like to thank the entire Hockey Canada management team, the Vancouver Giants organization, and my family for their support. We’re looking forward to the opportunity and the challenge of hosting the World Juniors on Canadian soil, and we are confident that we will put together a team capable of winning a Gold Medal.”

Mike Burnstein (Hamilton, ON) returns to Canada’s National Junior Team for the third time in a span of four seasons. Burnstein captured a Gold Medal with Canada in 2020 (Czech Republic), and also served on their support staff in 2019 (Vancouver/Victoria). Previously he earned a Gold Medal with Canada at the 2010 Winter Olympics. His international resumé also includes four World Hockey Championships, the 2016 World Cup of Hockey (Team Europe) and the 2015 Spengler Cup. Additionally, Burnstein spent 20 seasons with the NHL’s Vancouver Canucks.

“On behalf of the entire Vancouver Giants organization, we would like to congratulate both Michael Dyck and Mike Burnstein on being named to Canada’s staff,” adds Giants General Manager Barclay Parneta. “Their success internationally with Canada is a direct result of their work-ethic, passion and sacrifice, and speaks to the culture of success that the Vancouver Giants have established.”

“We are excited to welcome five experienced coaches to our National Junior Team for the 2021-22 season, all of which bring a wealth of experience from the National Hockey League, Canadian Hockey League and internationally,” said Scott Salmond (Creston, B.C.), senior vice-president of hockey operations. “We know these five men will represent our country with pride as they use their leadership and expertise to help Canada compete for a gold medal on home ice this December.”