A Memorable Weekend for David Tendeck and Trent Miner 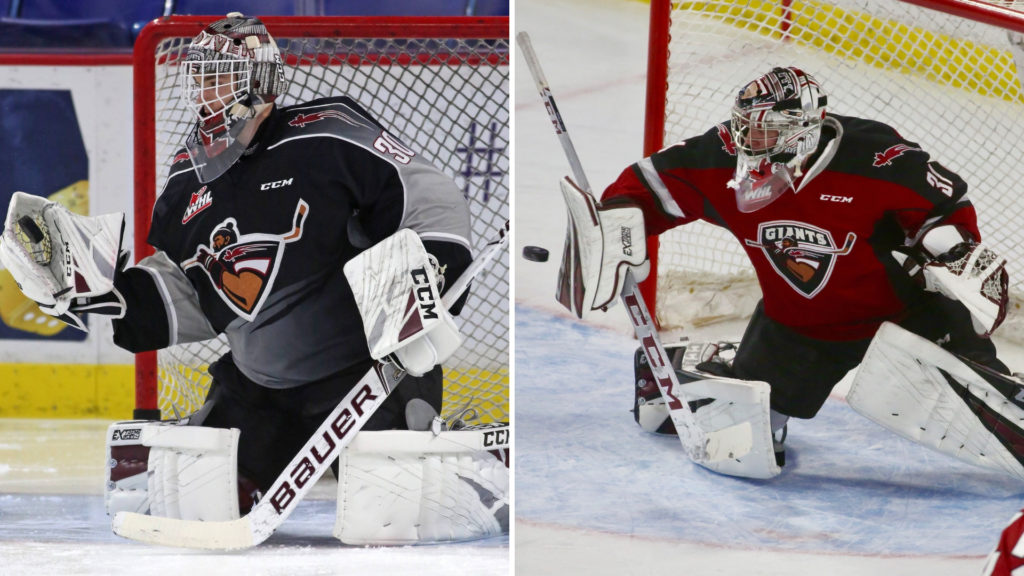 David Tendeck and Trent Miner have shared the Vancouver Giants for much of the previous three seasons together, and this past weekend on Saturday, both players made positive headlines at the pro level.

On Saturday night, David Tendeck made 37 saves between the pipes for the ECHL’s Rapid City Rush en route to a 3-1 victory over the Tulsa Oilers. For Tendeck it was his first pro victory.

While the Rapid City Rush have struggled in the standings to start their season, Tendeck has been a huge bright spot for his new team. In six appearances, Tendeck is 1-4 but has posted a team-best 2.60 goals-against-average and a .918 save percentage.

On April 6, 2020, David Tendeck signed an entry level contract with the Arizona Coyotes who drafted him in Round 6 of the 2018 NHL Draft. Tendeck’s final season in the WHL saw him post an 18-13-2 record with a .920 save percentage and a 2.26 goals-against average.

As Trent Miner and his Vancouver Giants teammates await the start of the 2020-21 WHL season, he’ll be staying as sharp as can be.

On Saturday Miner was one of four Colorado Avalanche draftees to sign an Amateur Tryout Agreement (ATO) with the Avalanche AHL affiliate club, the Colorado Eagles.

The Eagles will kick off their training camp on January 25th, and Miner will look to turn some heads as he looks to secure an NHL contract of his own.