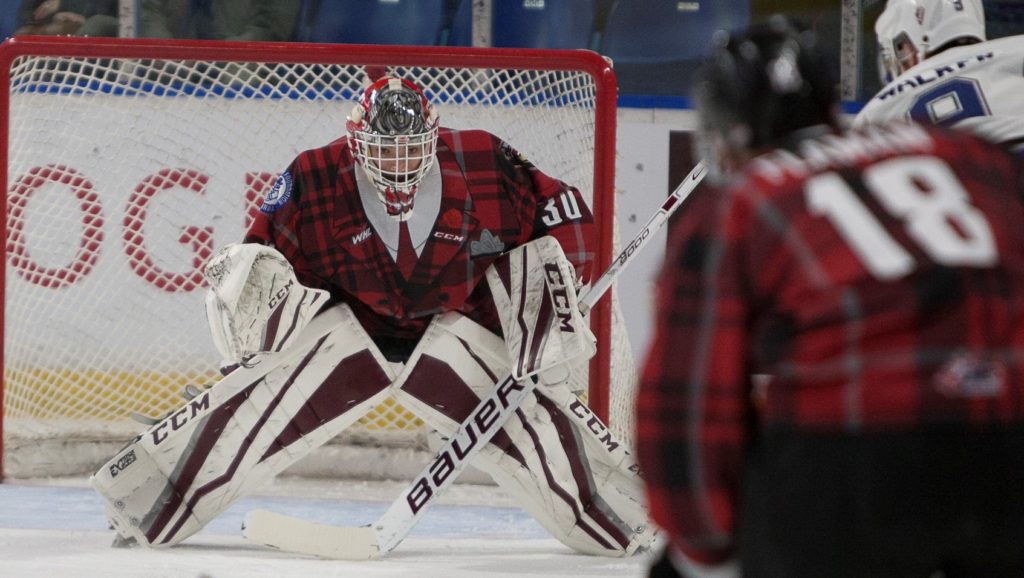 James Malm tallied two goals and two assists to lead the Vancouver Giants to a 5-3 victory over the Victoria Royals on Tuesday evening at the Langley Events Centre. Brayden Watts, Jordan Wharrie and Ty Ronning also scored as the G-Men handed the Royals their fifth consecutive loss. David Tendeck made 39 saves in the Vancouver net.

Watts drew first blood for Vancouver early in the opening frame, scoring on the rebound of a Matt Barberis point shot.

Malm added to Vancouver’s lead at 9:48 of the second period when he tipped a point shot past Victoria goalie Griffen Outhouse. Matt Phillips responded to put the Royals on the board just 10 seconds later, but Wharrie bagged Vancouver’s third goal, and his fifth of the season, off a shot from the top of the circle on a power play.

Phillips scored his second of the evening and 50th of the season on a penalty shot in the third period before Ronning netted the eventual game winner on a rebound in front. Blake Bargar pulled Victoria back to within one goal, but Malm added his second of the night by batting a puck out of mid-air at the side of the net and past Outhouse. It was the Insurance Goal of the Game.

The Giants return to action on Friday night in Kelowna against the Rockets. Puck drop is set for 7:35pm.

Vancouver’s final home game of the year goes on Saturday night against the Rockets at the LEC. It will also be Fan Appreciation Night. The face-off is slated for 7:00pm. For tickets, click here or call 604.4.GIANTS (604.444.2687).