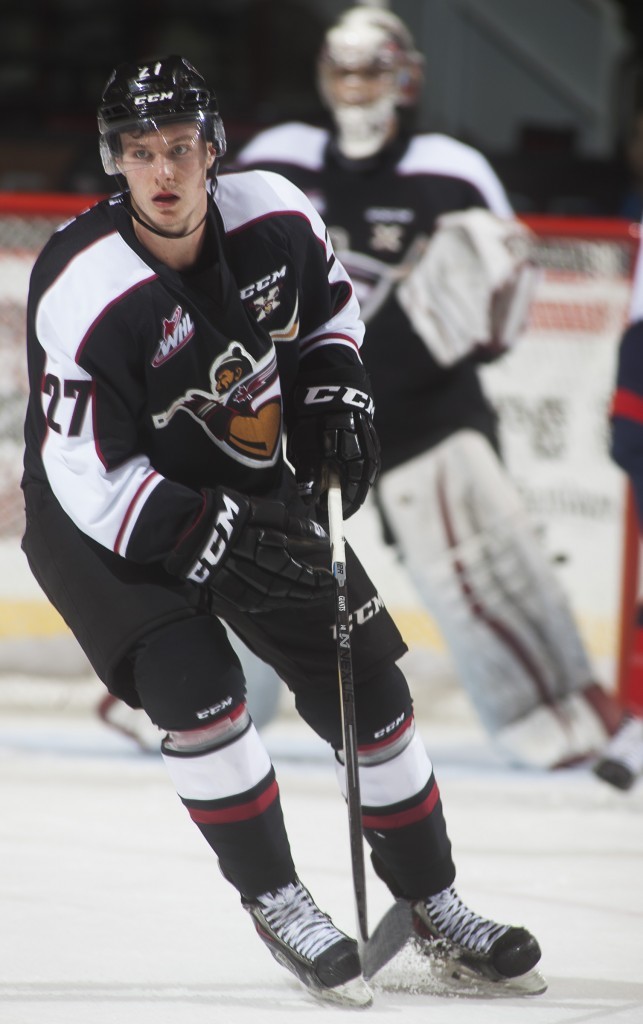 The Vancouver Giants would like to congratulate defenceman Ben Thomas on signing a three-year, entry-level contract with the Tampa Bay Lightning of the National Hockey League.

The Giants acquired Thomas in a five player trade with the Calgary Hitmen on October 27, 2015. The 19-year-old blue liner played 60 games in a Vancouver uniform this past season, scoring eight goals and 17 assists.

Thomas was originally a third round pick of the Hitmen at 45th overall in the 2011 WHL Bantam Draft. He was drafted by the Lightning in the fourth round of the 2014 NHL Draft at 119th overall.

Tampa Bay has assigned Thomas to the Syracuse Crunch in the American Hockey League.