A Late Tally From Royals Sinks the Giants 3-2 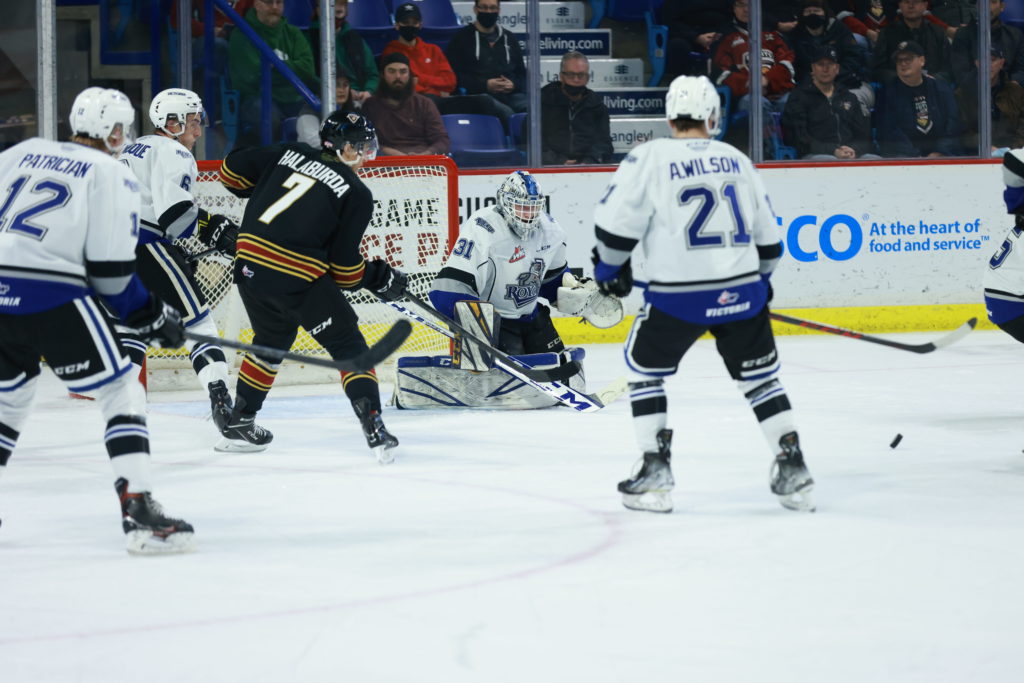 Saturday night at the Langley Events Centre in front of 3142 fans the Vancouver Giants (7-7-1-0) dropped a 3-2 decision to the visiting Victoria Royals (2-11-2-0). Evan Patrician scored with 12.9 seconds left in the final period to help the Royals snap a 12-game losing streak. Victoria also got markers from Bailey Peach and Tarun Fizer while the Giants countered with goals from Fabian Lysell and Justin Sourdif. Will Gurski (VAN) and Tyler Palmer (VIC) both made 21 saves for their respective teams. The Giants have now dropped four straight games and sit fifth in the Western Conference standings.

VIC – Bailey Peach put the Royals up 1-0 on a power play goal at 13:41. His shot from the left-wing point was fired on goal through a screen and over the right shoulder of Will Gurski. Gannon Laroque and Keanu Derungs earned assists.

VAN – 5:59 into the second period, Fabian Lysell pounced on a Payton Mount rebound and roofed it overtop of Tyler Palmer to even the score at 1-1. Justin Sourdif had the second assist, to earn his first of two points on the night.

VIC – Royals captain Tarun Fizer restored the Royals lead at 9:34 when he one-timed home a Bailey Peach feed from the high slot. Brayden Schuurman had the other assist for the Royals on Tarun Fizer’s first goal of the season.

VAN – Giants captain Justin Sourdif countered with an equalizer for Vancouver at 17:53. Sourdif took a feed from Evan Toth in the neutral zone, beat a defenceman wide down the left wing and tucked home his sixth goal of the season.

VIC – With only 12.9 seconds left on the clock, former Vancouver Giant Evan Patrician backhanded his first goal of the season home off a Riley Gannon rebound. Reggie Newman also assisted in the game-winner for the Royals.

Will Gurski: 21/24 saves for Vancouver

Next Giants Game: Wednesday evening in Portland against the Winterhawks.

Saturday night was White Spot Legends Night at the LEC. The Vancouver Giants would like to thank their many guests of honour for joining us to celebrate 50 years of the WHL in British Columbia.