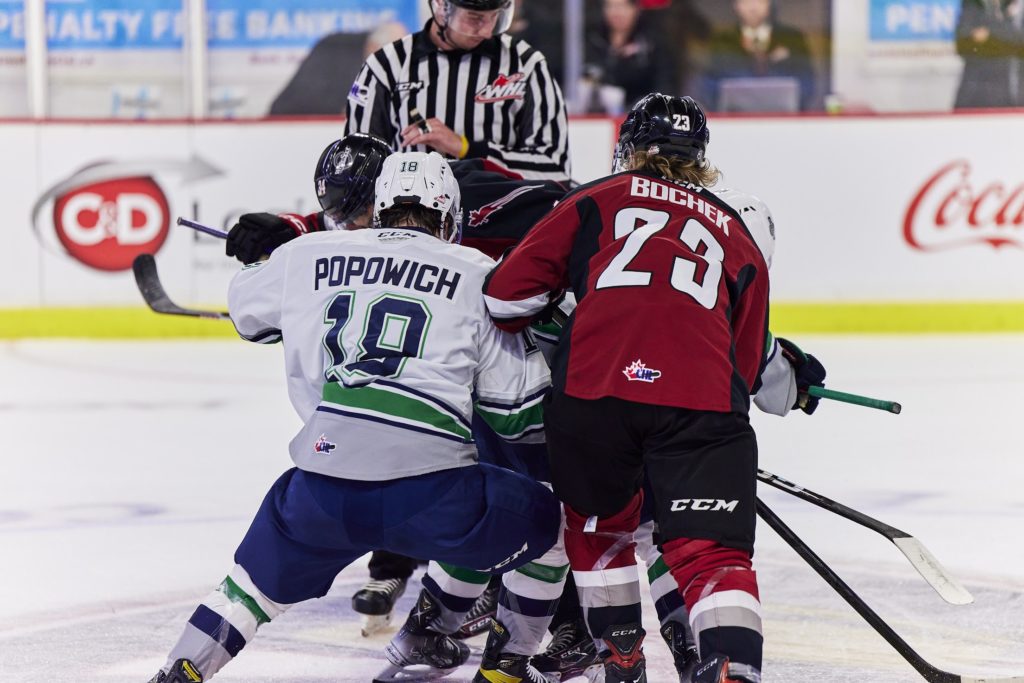 Kent, WA – The Giants scored twice early in the third period but dropped a 6-4 decision Saturday night. The Seattle Thunderbirds had several players return from NHL camps in time to face the G-Men at the Accesso Showare Center for the home opener and Western Conference Champion banner ceremony.

SEA: Summer acquisition Kyle Crnkovic provided a screen and a tip for the T-Birds 0:46 into the game.

SEA: Gabe Ludwig capitalized on a fortuitous bounce off the linesman at the blue line and buried another one at the 1:24 mark.

VAN: Samuel Honzek scored his second goal in as many nights to respond for Vancouver ten minutes later with a deke five-hole.

VAN: Ty Thorpe netted his first of the game on a rebound at the back door with 5:27 left in the period.

VAN: Thorpe sniped hime his second of the game on a power play 3:26 into the third period.

VAN: Rookie defender Colton Roberts got one in through traffic three minutes later to bring the Giants within one.

SEA: Crnkovic sealed the game with his second, an empty netter, at 19:28 of the third period.

Next Game: The Giants host the Prince George Cougars at the Langley Events Centre next Friday night, puck drop if 7:30PM.