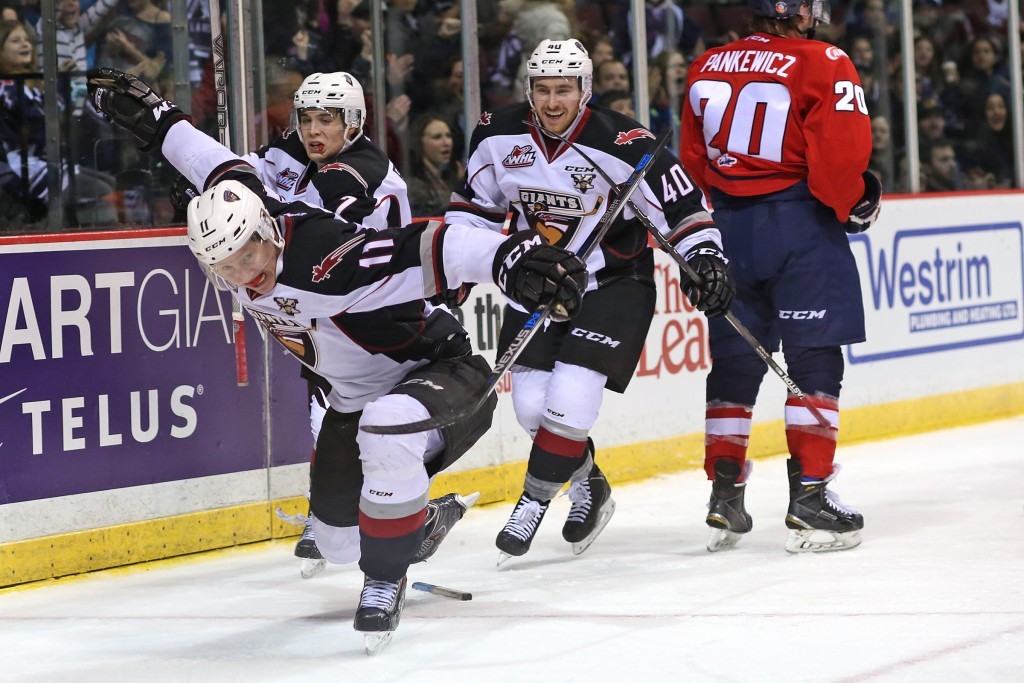 The Vancouver Giants would like to congratulate forward Chase Lang on signing an entry-level contract with the Minnesota Wild of the National Hockey League.

The Giants acquired Lang in a five player trade with the Calgary Hitmen on October 27, 2015. The 19-year-old tallied 25 goals and 31 assists in 55 games in a Vancouver uniform. After the end of the Giants’ season, Lang was assigned to the Iowa Wild of the American Hockey League where he scored two goals and an assist in 11 games.

The Nanaimo native was a sixth round pick (167th overall) of the Wild in the 2014 NHL Draft. The Calgary Hitmen drafted Lang in the fifth round of the 2011 WHL Bantam Draft.

To inquire about purchasing season tickets to see the Vancouver Giants, call 604.4.GIANTS (604.444.2687) or click here for more information.