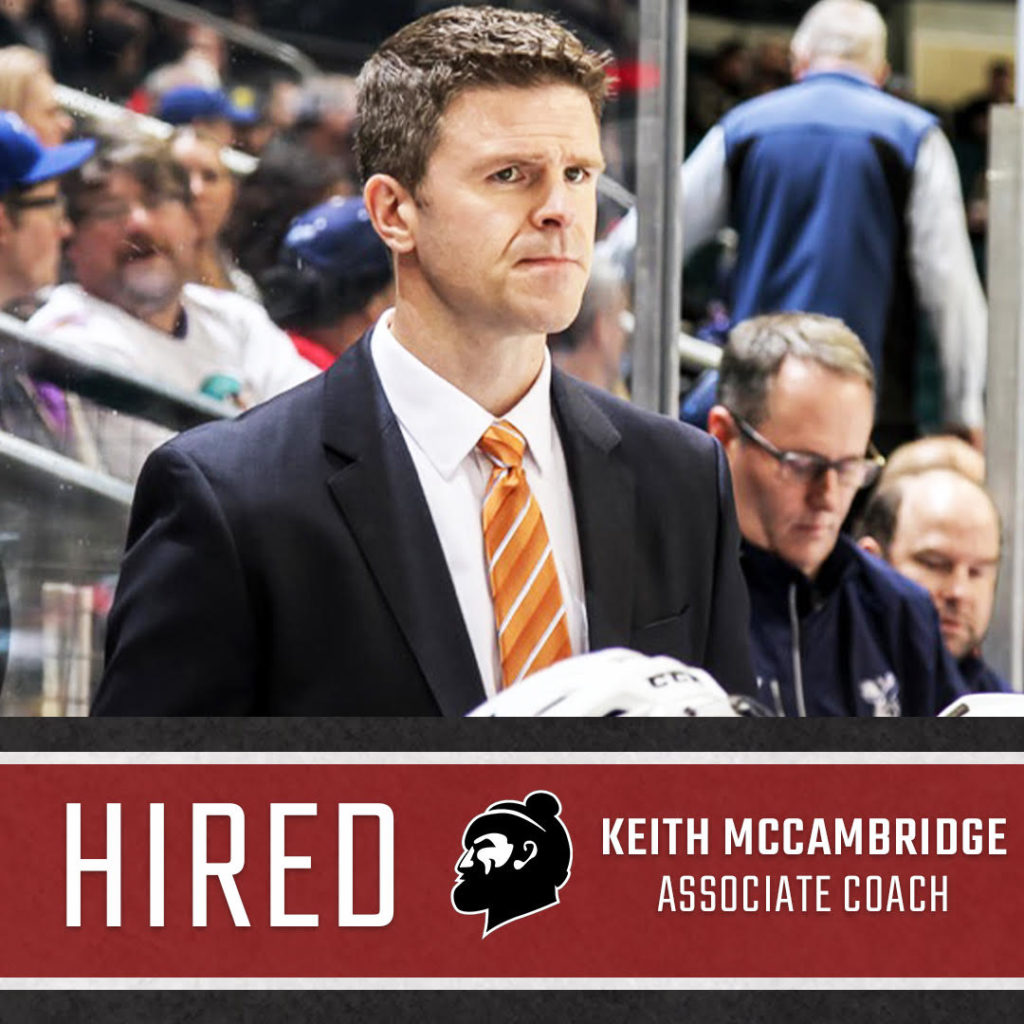 McCambridge adds, “I want to thank the Vancouver Giants ownership group, management team and coaching staff for this opportunity.”

Prior to coaching, Keith McCambridge enjoyed an 11-year professional career which spanned 627 regular season games and 83 playoff games in the AHL, IHL and ECHL. In 2005-06, he captained the Alaska Aces to a Kelly Cup championship while also serving as the team’s assistant coach.

From 1991-1995, Keith McCambridge appeared in 282 career WHL games with Swift Current (1991-95) and the Kamloops Blazers (1994-95). During his final season of junior hockey with Kamloops, McCambridge helped the Blazers capture their third (and most recent) Memorial Cup Championship. In 1994 he was drafted by the Calgary Flames in Round 8 (201st overall).

“Keith McCambridge’s success both as a player and a coach speaks for itself,” adds Giants General Manager Barclay Parneta. “We are fortunate to add a coach with Keith’s experience to our staff. His positivity, innovative thinking, communication and attention to detail are all going to be major positives for our players.”