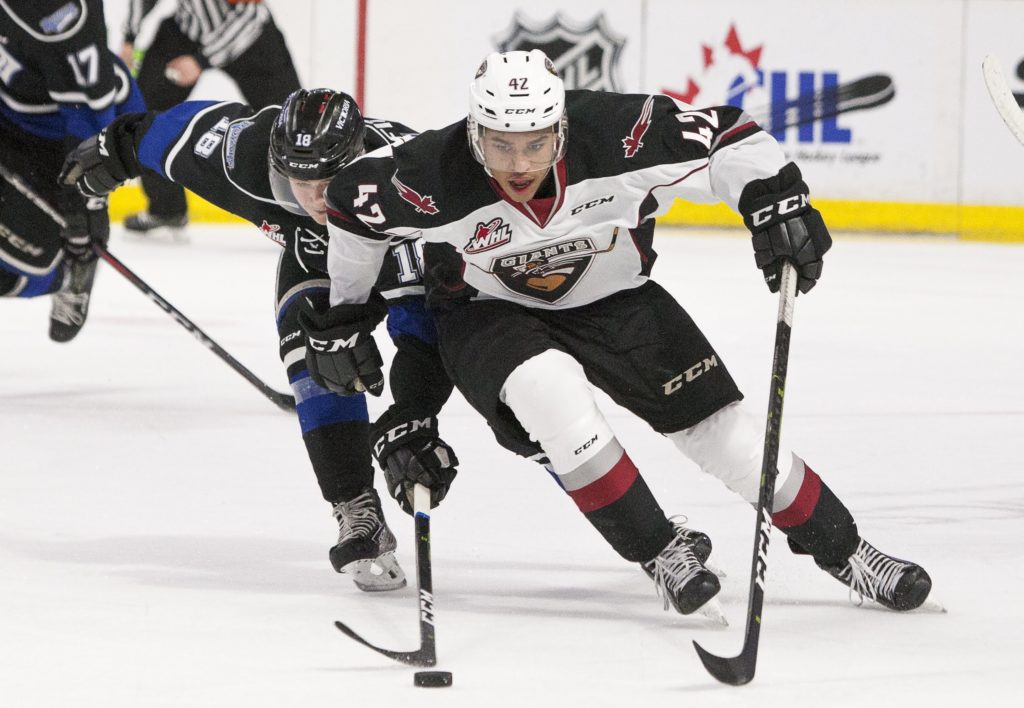 The Vancouver Giants are pleased to announce that 2002-born forward Justin Sourdif (Surrey, B.C.) was one of 44 Canadians selected to attend Team Canada’s Summer U-18 Selection Camp in Calgary, AB from July 26 – 30.

Originally selected by the Giants with the third overall selection in the 2017 WHL Bantam Draft, Sourdif is coming off a terrific first full season in the WHL. He posted 23 goals and 23 assists for 46 points in 64 games leading all 2002-born players in the WHL in both goals and points. Only two other Giants have ever surpassed 20 goals during their 16-year-old seasons: Gilbert Brule (25 – 2003-04) and Evander Kane (24 – 2007-08).

Internationally Sourdif suited up for Canada Red last season during the World Under-17 Challenge and scored a goal and two assists in six games. In 2017-18 he led the BCMML in scoring and was named Player of the Year. He also captured a Gold Medal with Team BC in the 2017 WHL Cup. He will  be joined at Canada’s Summer U-18 Selection Camp by Giants head coach Michael Dyck who was named Head Coach of Canada’s Summer U-18 team on June 7.

Per Hockey Canada’s release: The players, including four goaltenders, 14 defencemen and 26 forwards, will compete for a chance to represent Canada at 2019 Hlinka Gretzky Cup in Breclav, Czech Republic, and Piestany, Slovakia.

One of the only true, best-on-best competitions for this age group, the Hlinka Gretzky Cup will see Team Canada play its preliminary-round games at Ice Bors Arena in Breclav. The event will run from Aug. 5-10, with Canada facing off against the Czech Republic, Finland and Switzerland in prelim play before the tournament wraps up with the bronze and gold medal games on Aug. 10.