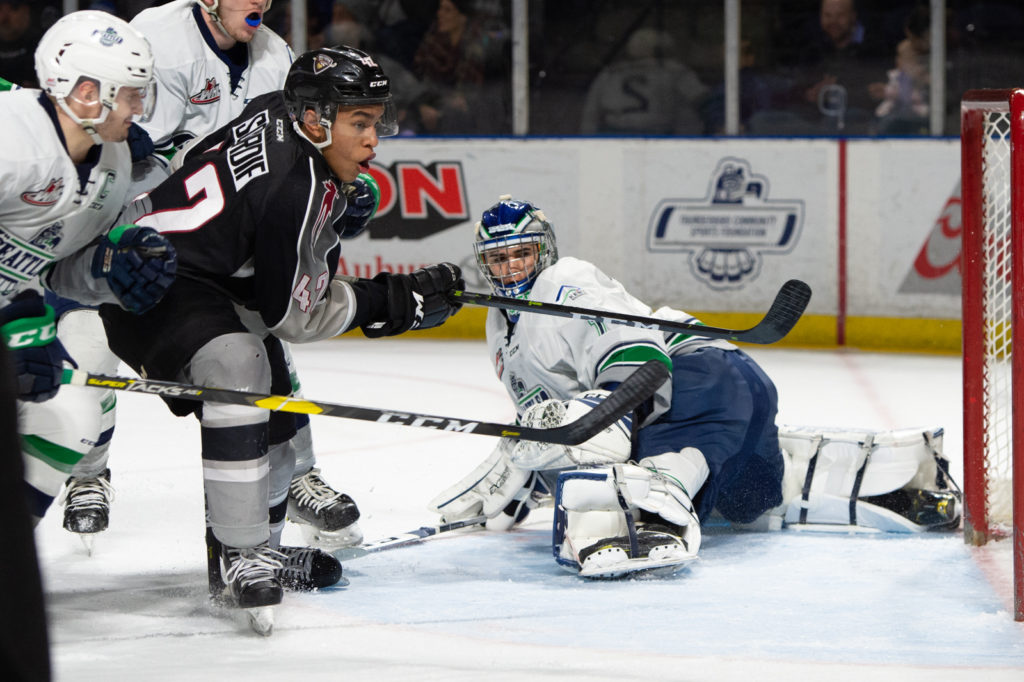 Vancouver Giants forward Justin Sourdif (Surrey, B.C.) is heading overseas with Hockey Canada. Earlier today Sourdif was one of 22 players (and nine WHL’ers) named to Canada’s roster for the 2019 Hlinka Gretzky Cup which runs August 5 – 10 in both Breclav, CZE and Piestany, SLO.

Sourdif was drafted third overall by the Vancouver Giants in 2017. He’s coming off a historic first full season where he posted 23 goals and 23 assists for 46 points in 64 games. He led all 2002-born players in the WHL in both goals and points. He also became just the third Giant ever to surpass 20 goals in his 16-year-old season.

This marks the second time that Justin Sourdif will represent Canada internationally. Last season he represented Canada at the World Under-17 Challenge and notched a goal and two assists in six games.

It also marks the second season in a row that a Giant has represented Canada at the Hlinka Gretzky Cup. Last season, Bowen Byram helped lead Canada to a Gold Medal.

This year, Sourdif will be joined in Europe by Giants head coach Michael Dyck, who on June 7th was named Head Coach of Canada’s 2019 Summer U-18 team. Sourdif, Dyck and Team Canada will begin tournament play on Monday, August 5th against Finland at 6:30 AM PT.

In 28 years at this event, Canada has earned a Gold Medal 22 times.

The roster consists of two goaltenders, seven defencemen and 13 forwards, including two players who were a part of Canada’s National Men’s Under-18 Team that competed at the 2019 IIHF U18 World Championship in Sweden last April (Drysdale, Hunt). Twenty-one of the 22 players participated in the 2018 World Under-17 Hockey Challenge in Saint John and Quispamsis, N.B. The lone exception was Hendrix Lapierre (Gatineau, Que./Chicoutimi, QMJHL), who was unable to participate due to injury.