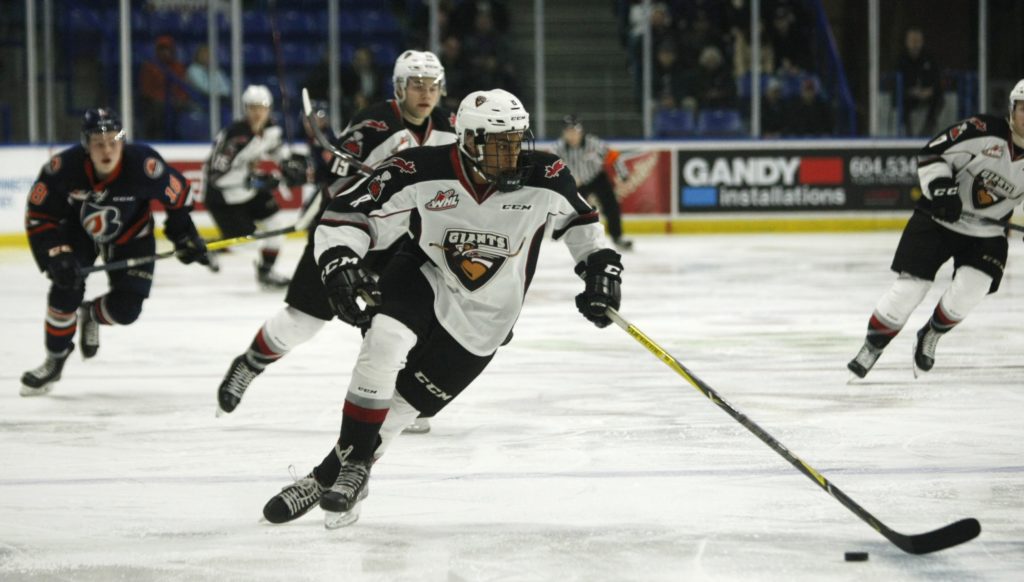 The accolades keep coming for the Vancouver Giants 2017 third overall selection, Justin Sourdif. Yesterday the talented forward was named BCMML Player of the Year after posting 23 goals and 50 assists for 73 points in just 35 games with the Valley West Hawks – Setting a new franchise scoring record in the process. His 73 points also led the entire BCMML. The Surrey, B.C. native appeared in four games with the Giants during the 2017-18 regular season and played in all seven games of the Giants recent playoff series with the Victoria Royals.

Earlier in the season, Sourdif helped guide Team B.C. to a Gold Medal in the 2017 WHL Cup. During that tournament he scored four goals while adding an assist for five points. He was named a Tournament All-Star.