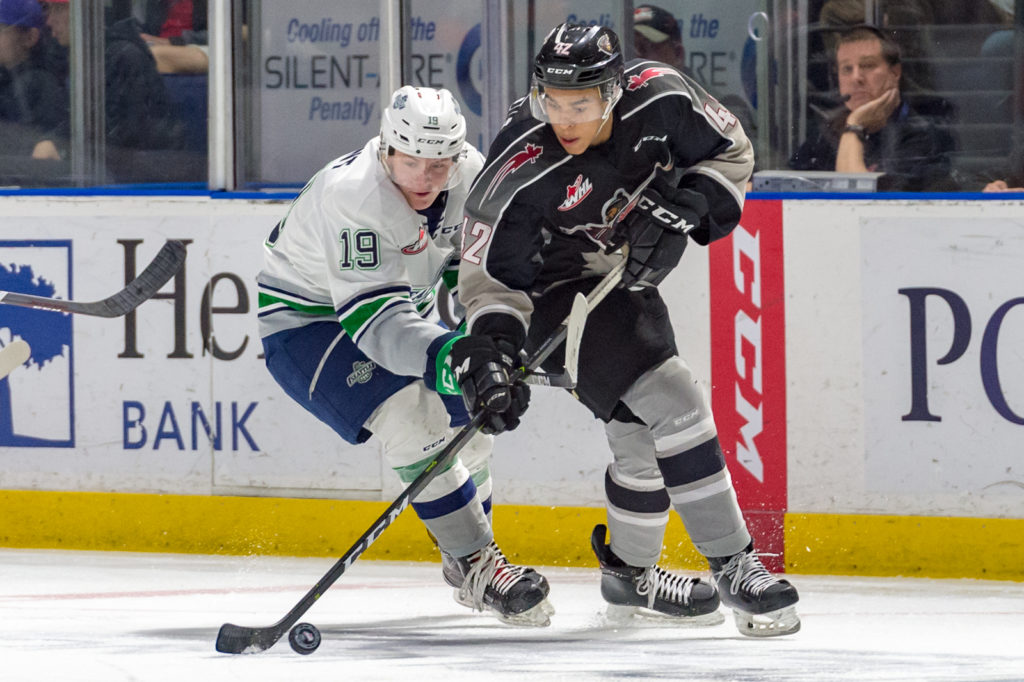 The Vancouver Giants are pleased to announce that 2002-born forward Justin Sourdif (Surrey, B.C.) has been invited to participate in the 2020 Kubota CHL/NHL Top Prospects Game. Sourdif along with 39 others from throughout the CHL will compete in the event in Hamilton, Ontario on Thursday, January 16th, 2020.

Originally selected third overall by the Vancouver Giants in the 2017 WHL Bantam Draft, Justin Sourdif has registered 12 goals and 14 assists for 26 points in 28 games so far this season.  Sourdif’s +22 rating is tops on the Giants, and tops among all 2002-born players in the WHL. In 96 career regular season games, Sourdif has posted 35 goals and 37 assists for 72 points. He’s added two goals and six assists for eight points in 24 career playoff games.

Internationally, Sourdif has represented Canada at both the 2019 Hlinka Gretzky Cup (Silver Medal) and the 2018 World Under-17 Hockey Challenge.

*Tyler Benson and Milos Roman (2018) did not participate because of injury.

Sourdif and the Giants return to action at home tomorrow night at 7:00 PM against the Prince George Cougars. It’s the final home game for the Giants before their holiday break.