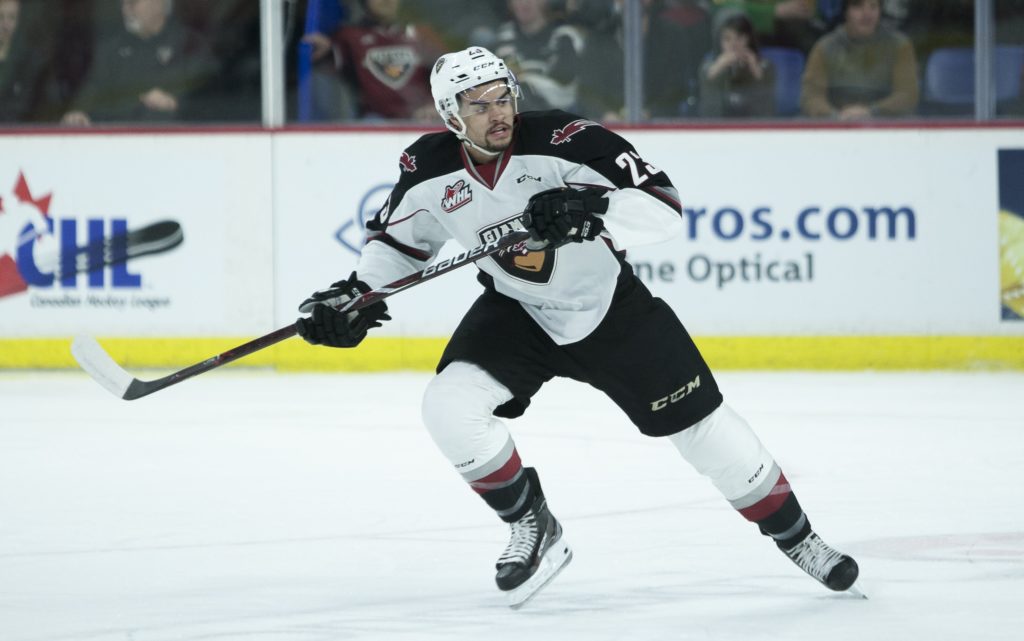 Vancouver Giants General Manager Barclay Parneta announced today that the Giants have traded 1999-born forward Jadon Joseph (Sherwood Park, AB) to the Moose Jaw Warriors in exchange for two draft picks. The Giants will receive a third-round pick in 2020 and an additional pick in either 2021 or 2022.

Jadon Joseph was originally selected by the Lethbridge Hurricanes in the fifth-round of the 2014 WHL Bantam Draft. Over the course of three seasons, Joseph has appeared in 189 regular season games (Lethbridge, Regina, and Vancouver) and has compiled 34 goals and 66 assists for 100 points. Last season he set new career highs with 22 goals and 53 points. 28 of his points came in 32 games with the Giants after he was acquired on January 4th in a trade with Regina.

“Jadon played a huge role in our success both in the regular season and the playoffs. His experience made a huge difference for us on our road to the WHL finals,” said Barclay Parneta. “We are fortunate to have had Jadon represent the Vancouver Giants on the ice and in the community. His character, leadership and skill-set will serve him well as he continues his career with the Moose Jaw Warriors.”

The Vancouver Giants wish to thank Jadon Joseph for his positive contributions and wish him the utmost success in his future hockey and life endeavours.