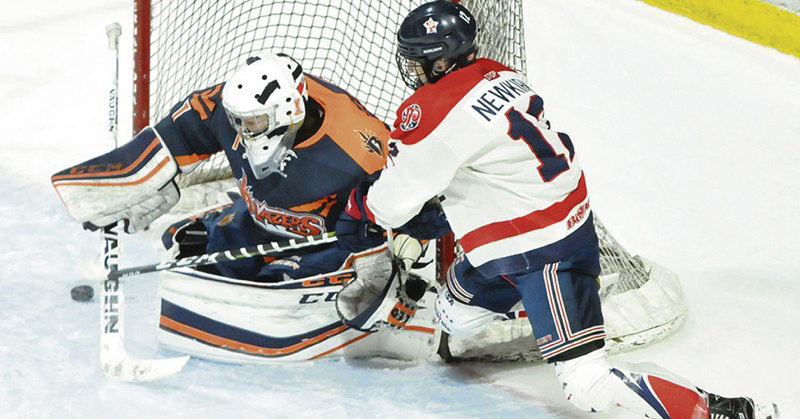 The Vancouver Giants are proud to announce that the hockey club has signed 2000-born goaltender Jacob Wassermann to a Western Hockey League Standard Player Agreement.

“It’s been a goal of mine to sign with the Giants ever since they drafted me,” said Wassermann. “They’re a great organization, and I’ve wanted to play in the Western Hockey League since I was a kid. I’ve been working hard to get to this point, so it’s very exciting.”

Wassermann played for the Saskatoon Blazers of the Saskatchewan Midget AAA Hockey League in 2016/17. The 17-year-old Humboldt native posted a 10-13-0 record in 26 games. Wassermann also impressed in the playoffs, putting up a 1.81 goals against average and 0.947 save percentage in five games. The G-Men drafted Wassermann in the eighth round of the 2015 WHL Bantam Draft.

“We are happy to add Jacob to our depth in goal,” said Glen Hanlon, Giants General Manager. “He improved steadily last year and was the major reason that the Saskatoon Blazers pushed the eventual league champion Regina Pat Canadians to a fifth and deciding game in their first-round series. This is another signing that will continue to bring competition at all positions in training camp for our team.”

Make your deposit now to become a Vancouver Giants season ticket holder for the 2017/18 season, and you’ll get priority access to tickets for the 2019 IIHF World Junior Championships! For more information, call 604.4.GIANTS (604.444.2687) or click here.