HONZEK NAMED WHL ROOKIE OF THE MONTH FOR NOVEMBER 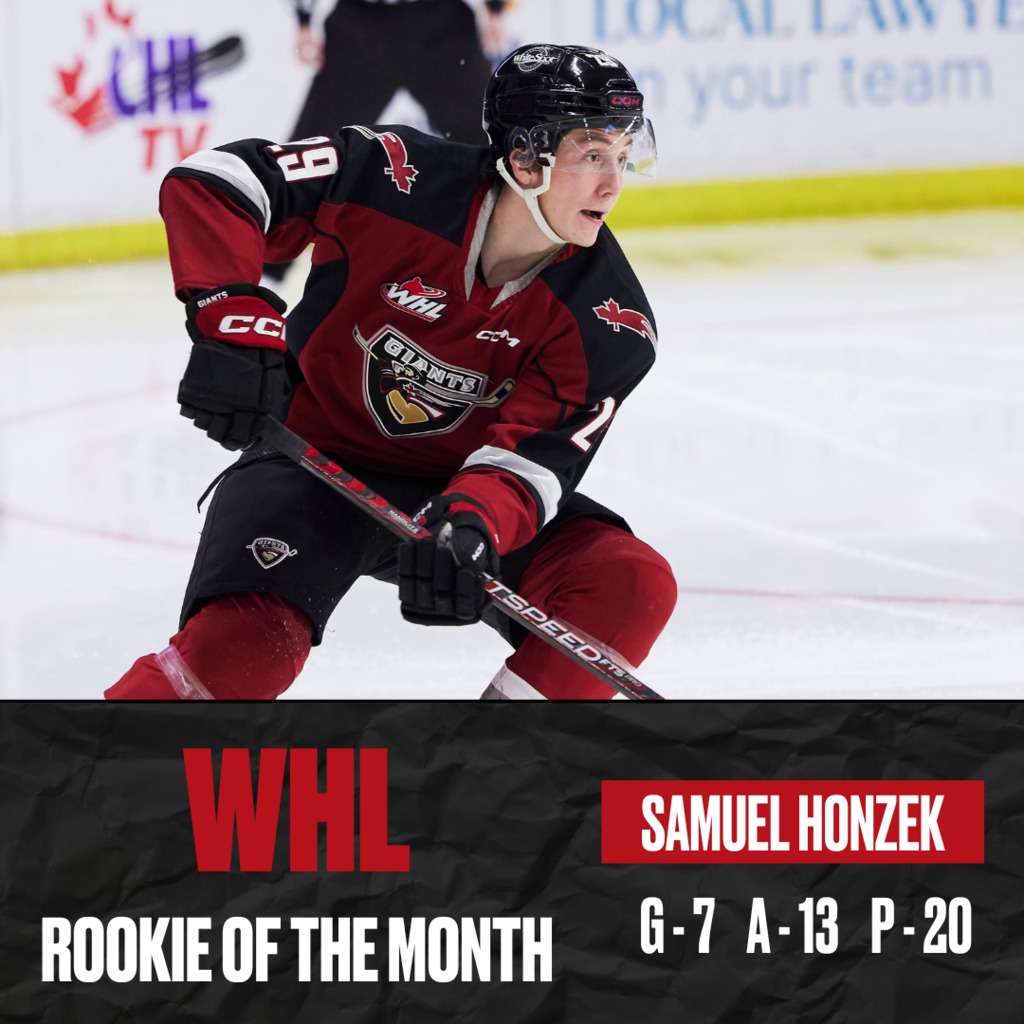 Vancouver, B.C. – The WHL league office has announced that Giants forward Samuel Honzek has been named the WHL’s Rookie of the Month. He filled the stat sheet in November with seven goals and thirteen assists for 20 points in just ten games, and recorded a point in nine of the ten games during the month. He also had his eighteenth birthday on Saturday, November 12th, and celebrated it with a seven-point weekend against the Prince George Cougars.

Honzek, the 10th Overall selection by the Giants in the first round of the 2022 CHL Import Draft, has established himself as a key cog in Vancouver’s offense. He currently leads the Giants, and all WHL rookies, with 14 goals and 21 assists in 24 games. Honzek has eleven multipoint games already this season, and is eligible to be selected in the 2023 NHL Entry Draft.

“We are very happy with how Samuel has adapted to the North American game and lifestyle, his transition has been seamless into the WHL,” says Giants General Manager Barclay Parneta.

Giants Back in the Win Column Sunday
21 hours ago