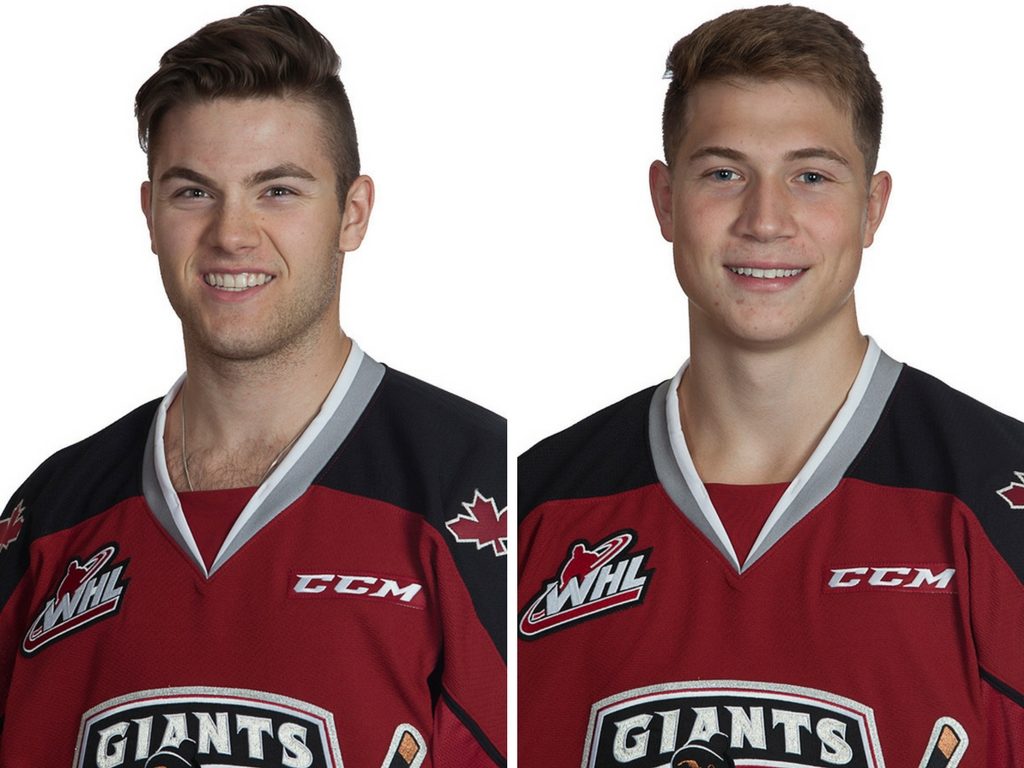 Saturday afternoon in Ladner Team Gray grabbed the final victory of the day in a 4-2 triumph over Team White.

Dawson Holt grabbed the game’s first goal nine minutes into the first half. He snuck into the left circle, accepted a pass from the corner and quickly fired the puck past White starter Ryan Kubic.

That would be all for Gray though as White netminder Ryan Kubic stopped everything else fired his way during the remainder of Gray’s power play. White took over on the man advantage for the final 15 minutes of the period and had several great chances early.

It wouldn’t be long before White got rewarded. 2001-born defenceman Kade Olsen’s shot from the right point appeared to switch directions and snuck it’s way ‘just’ past Todd Scott and home to tie the game 1-1.

Goals continue to come at a premium at camp. Through 1 it's Gray 1 – White 1.

Late in the period White had Gray hemmed in their zone for at least a full minute. Bowen Byram, Ty Ronning and Milos Roman moved the puck around very well together for Team White, but Todd Scott was able to rise to the occasion between the pipes when called upon to keep things even. 30 minutes solved absolutely nothing and the score was tied 1-1 heading into the flood.

Less than three minutes into the second half White took a 2-1 lead when defenceman Matt Barberis redirected home a Ty Ronning shot from the high slot.

The White lead wouldn’t last long though as Eric Olson answered for Team Gray just a few minutes later off a shot from in close.

Gray seemed to thrive off that momentum and peppered the White net with good chances in the following minutes. The best chance came off the stick of Krz Plummer who was robbed point blank by the glove of Brett Murphy on a breakaway.

The Gray side would keep coming though and would eventually get rewarded when veteran defenceman Darian Skeoch snuck into the left circle, took a pass from the right side of the ice and shelfed one to make the game 3-2 in favor of Gray.

GOOOOALLLL!@DarianSkeoch strikes again! The veteran roofs one from the left circle to give Gray the 3-2 lead!

Brendan Semchuk would add an empty-netter for Gray in the final minute to help improve their record for the weekend to 2-2.

Next up: The Quinn/Howe Legends Cup Game which takes place tomorrow at 1 PM in Ladner at the Ladner Leisure Centre.